Clown from 'It' available for children's parties for free

PENNYWISE the Dancing Clown from Stephen King’s It has announced his availability for childrens’ parties for nothing.

The Derry-based clown, also known as Bob Grey, claims his experience in the position goes back many millennia and that it will be unforgettable for everyone involved.

Francesca Ryan of Nottingham said: “Gosh, well this is a piece of luck.

“I didn’t have anything for Josh’s party on Saturday, what with most places being closed after the senseless massacre at the soft-play the other week, and he sounds perfect.

“He teaches the children a little local history, appears magically in whatever form delights them most, then takes them on a special trip to the marvellous deadlights rendering them catatonic. So an early bed.

“Apparently he’s only available every 27 years, so it’s something of a coup to get him.”

Pennywise said: “It’s a loss leader as I’m pig-sick of Keith from The Prodigy taking all my business.”

Please keep women out of the SAS, say men who can only read books about the SAS 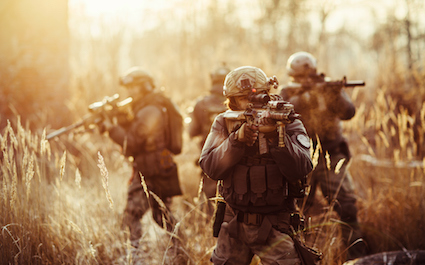 WOMEN should not be allowed in the SAS, according to men who read books about the SAS and only about the SAS.

Following the news that women can perform in any role in the RAF, the men have pleaded with the Army to keep the Special Air Service sacrosanct and female-free.

Roy Hobbs of Dorking said: “Can we escape women nowhere?

“They’re in golf, they’re on the news, and two of them came into the saloon bar of the British Legion last month. And ordered their own drinks.

“My only refuge from this tidal wave of femininity is in books about the SAS, often but not exclusively written by Andy McNab, books in which only fighting men exist and emotions are a dismissed frippery.

“Frankly they’re the only reason I’m literate, and if suddenly female sergeants turn up in them saying ‘On my six, fucksticks,’ then I’ll stop reading forever and it’ll be feminism’s fault.”

Hobbs added: “I don’t find them sexually arousing. The books, not the women. Or women either.”