THE coffee machine from a local cafe-bar is to join a heavy metal band, it has been confirmed.

The unlikely hook-up happened after the band Anathema dropped in to discuss album titles and heard just how ear-bleedingly loud the machine was.

Singer Stephen Malley said: “We had been looking for a way to make our sound somehow louder. When we visited that cafe for a brew and heard just how deafening that coffee machine was, we had to get it on board.

“I drew up a contract there and then, on a napkin.”

Cafe owner Mary Fisher added: “It’ll be a shame to see it go but you can’t stand in the way of your staff’s dreams.

“We’ve just asked it to send us some photos from its adventures on tour with the band. Nothing too explicit of course, we know what these musicians get up to on tour.” 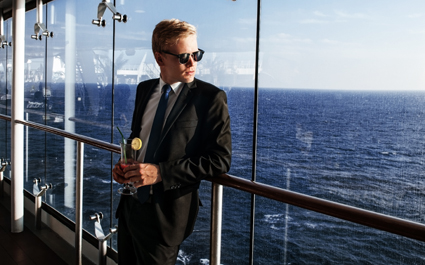 THE world’s wealthiest one per cent also have most of the dark, messed-up secrets, it has emerged.

Experts at the Institute for Studies found that super-rich ‘one-per-centers’ all have disturbing things in their past which you would not believe even if they showed you photographic evidence.

Billionaire Tom Booker said: “I didn’t get where I am today without doing some monstrous things that had to remain concealed.

“For example, I have a secret twin brother who was born with one leg shorter than the other. We dressed him as a girl, renamed him ‘Molly’ and had him imprisoned in a Scottish castle so that he didn’t compromise the family bloodline.

“A journalist found out about it so I had her thrown down a well and made it look like an accident.

“I can tell you these things now that I am so rich as to be above the law, but there’s some other stuff about the long term health effects of fizzy drinks that I must take to my grave.”