THE producers of Coronation Street have been urged to bring back the little fat man with the bow tie and the glasses.

Millions of soap fans last night watched the heartbreaking suicide of Hayley Cropper while simultaneously yearning for the days of Reg Holdsworth and his malfunctioning waterbed.

She added: “Coronation Street used to be like a Norman Wisdom film, but with affairs that took place in flats above video shops.

“Remember when Reg’s waterbed exploded and we all had to wait a week to find out who had survived?

Angel told nun he was really into her 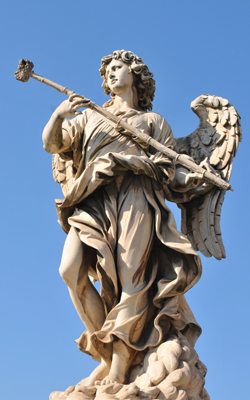 AN Italian nun has given birth following a visitation from an angel who made her feel like she was the only sister in the world.

Sister Roxana said she was almost asleep when a glowing angel appeared who was both attentive and funny.

“He said his name was Gabriel and that I might have heard about him in the Bible.

“I said he should leave but he was like ‘it’s cool, I’m an angel so it’s fine. I was just having trouble sleeping so I thought I’d come and say hi, I’ve brought this bottle of wine.’

“Anyway we both had a small cupful and it turned about we had loads in common, for example religious beliefs.

“He told a funny story about some seraphim then he said my eyes were a very compelling shade of brown.”

She added: “I don’t remember so much about the rest of the evening but anyway I guess it’s cool being a mum. If anyone’s got any contact details for angels though that might be good.

“I expect he’ll call soon anyway, apparently it gets very busy in Heaven at this time of year, but anyway.”