THE Covid-19 virus has left the Reading Festival a day early admitting it had underestimated just how f**king rough it would be.

The coronavirus was initially excited to get together with huge numbers of unvaccinated young people, and was also really looking forward to the Wolf Alice set. But, horrified by the appalling conditions and behaviour, it has gone home after two days.

It said: “I thought I was hard, just because I’ve killed four-and-a-half million people, but I now realise I was wrong.

“I headed straight down the front for Stormzy to really get down and dirty with everyone, and f**k me. It was utterly horrendous. The mud, the people, the stench, the sheer inhuman cruelty of the whole thing.

“After I escaped I roamed the site, witnessing horror after horror. Pissing in bottles, drunken bikers falling on tents of sleeping teenagers, men being robbed at knifepoint for a sixteenth of weed, everyone being robbed buying drinks.

“If people are willing to subject themselves to this hell then I don’t want to have anything to do with them. I’m going back to bats.”

Attendee Ryan Whittaker said: “Covid? Yeah, saw that f**ker. Smashed it in the face and nicked its pint, but apparently it can’t take a joke.” 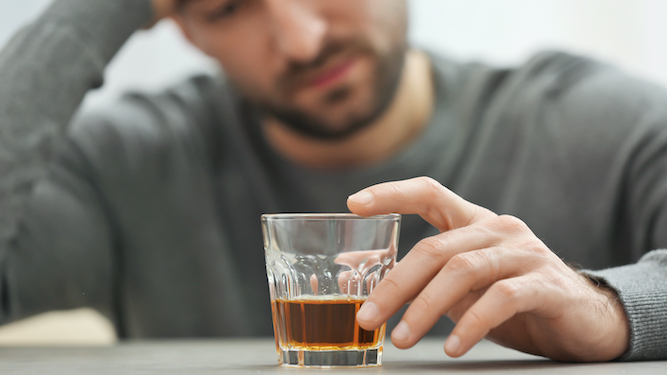 THIS weekend marks the official end of Britain’s relaxed, airy summer drinking and the beginning of a hard winter of grim-faced serious drinking.

The August bank holiday is the last occasion during which opening a bottle of Prosecco at 5pm can be considered joyous and nonchalant, following which it is only permissible when you have had a bitch of a day at work or it is Christmas.

Health expert Dr Helen Archer said: “Where’s the harm in a few beers in the sunshine, or a picnic glass of wine? Summer drinking is so easy and casual, it’s barely drinking at all.

“So enjoy that this weekend, because from midnight on Monday drinking’s serious business. It’s coping with stress. It’s whisky from the bottle to warm you up. It’s not fun. It’s necessary.

“People ask, how can alcohol be a delightful accompaniment to an al fresco lunch one day, and the next be downed only as a swift route to oblivion? When it’s the same stuff?

“These people have clearly never looked down the barrel of seven months of work, darkness, freezing rain and probably another lockdown. Dismiss them. And get me a double gin.”

Susan Traherne said: “It’s so fun, uncorking a chardonnay on a sun-dappled evening. Not like next Friday, when the only reason I’m drinking the first bottle is to get to the second.”