ITV’s Shit Factor will return later this year with Simon Cowell being replaced by a contemptuous showbiz failure.

Rosa Houses, a semi-retired female impersonator currently running a bed and breakfast in Whitby, will provide the withering scorn to desperate, mentally-fragile fame junkies that has become the cornerstone of the show’s success.

Shit Factor executive producer, Tom Logan, said: “Rosa has the burning, undiluted misanthropy and barely-concealed boredom that viewers have come to expect from their freak wranglers.

“After 35 years anchored to the bottom rung of the business watching everyone else’s rise to fame, there is enough pent-up hatred to get through thousands of tuneless, in-bred cannon fodder.

“I’ve already been called a ‘jumped-up suit full of fuck-all’ so we’re off to a cracking start.”

Houses will now spend the next six weeks assembling a series of put-downs and one-word reviews such as ‘you sound like a Spice Girl trapping her clit in a car door’ and ‘horsecocks’.

Meanwhile, Cowell is set to remain part of the show with a hologram of his disembodied head appearing periodically on stage to deliver pre-recorded advice to his potential slaves including, ‘you are, literally, a murderer’ and ‘I order you to drink this bleach’.

Houses said: “Working on Shit Factor is a dream come true, especially as I have recurring dreams where I’m trapped in a room full of banshees with cystitis while sat between a leprechaun with Alzheimer’s and a child’s drawing of Kylie Minogue.

“But I am looking forward to patiently listening to someone’s tragic life story after a note-perfect rendition of Christina Aguilera’s Beautiful before telling the fat, ugly bitch to have another bucket of donuts.”

Churches to charge for choirboy photos 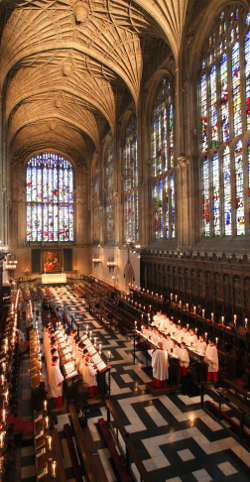 VISITORS to churches have been banned from photographing choristers unless they pay a sum based on the boy’s prettiness.

The move, adopted by the majority of churches across England, is designed to help pay for roof tiles, flowers and legal fees.

Reverend Julian Cook, a vicar from Stevenage, said: “Anyone wishing to photograph a chorister will be asked for a small sum of folding money, depending on how lovely he is.

“For example 10-year-old Kyle Stephenson, who has teeth like a row of tiny pearls and hair so shiny it emits a divine glow when the late afternoon sun hits it from the right angle, is 50 or 60 quid a shot depending on whether you want the mouth open or closed.

“Whereas Nathan Muir, who has shapely nostrils but one ragged ear, can be pinned to your fridge for a tenner.

“I can also do you a quote for a group shot.”

He added: “These are nice, clean boys, freshly anointed and a percentage of the money will go towards their bursaries.

“We also do a delightful calendar for those on a budget, as well as a ‘living cherubs’ mousemat.”

Theologist Nikki Hollis said: “Clergymen are notoriously bad at singing, while Saint Paul apparently said that women should be silent in churches, hence the need to ship in lots of pre-pubescent boys and dress them like cake decorations.

“It is strange though that most hymns sound like they were written in five minutes – almost like they’re just an excuse to get their little mouths to form an ‘o’ shape.”