Cultural thing weirdly not in London

A CULTURAL event is unaccountably taking place outside of London, it has emerged.

A production of Brecht’s Mother Courage is being staged in a so-called theatre in Leeds, despite the fact that Leeds is over 200 miles from London and cannot be reached by underground train.

Jane Thompson, from Stratford, said: “I heard it got good reviews, so I thought I might pop down after work. Then I found out it would take me four hours to drive there. What is this, Dulwich?

“What the hell are they thinking, putting on a play where nobody can see it?”

Thompson’s friend Wayne Hayes said: “I’m outraged they’re taking a perfectly good play outside of London while I have to make do with whatever’s on in the theatres, drama studios and other performing arts spaces located within a mile of my house.

“I expect the costumes and loud noises will make the not-London people startled and upset. I wouldn’t be surprised if they all fell to their knees and began worshipping the stage.”

Leeds resident Stephen Malley said: “Of course we get cultural stuff in Leeds. We had Macbeth here in 2008.” 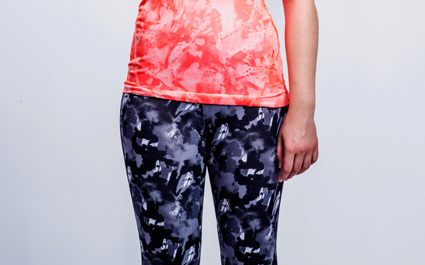 PEOPLE who are generally not that engaged with world events have stepped up to defend stretchy jogging bottoms.

After some girls were forbidden from wearing leggings on a United Airlines flight, some people who didn’t even vote have been whipped into a frenzy of rage.

Nikki Hollis from Bath said: “I was away at Glastonbury for the Brexit thing but if they have a referendum on whether arse-clinging ‘yoga pants’ are acceptable in public I would cancel this year’s holiday in Florida.

Cyclist Wayne Hayes said: “I regularly wear semi-translucent spandex bottoms that clearly show the outline of my balls and penis.

“It’s partly because of aerodynamics and also because I believe men and women alike should be able to wander around looking like they have just painted their lower bodies.”

Nikki Hollis added: “If they take away our leggings, who knows what might happen next? They could reduce the size of Kit Kats or something really bad like that.

“It certainly would set humanity on a dangerous path.”