BENEDICT Cumberbatch’s Hamlet solves the murder of his father within 20 minutes.

The Barbican production of Shakespeare’s most lauded work, which usually details Hamlet’s descent into murderous insanity, will instead see him brilliantly proving his uncle was the killer in front of the whole Danish court.

A theatre spokesman said: “To our eternal shame, we’ve had to hire someone off the telly to do a play because it’s the only way to shift tickets.

“Benedict has re-imagined Hamlet as a thriller where he and Laertes, now a grumpy doctor played by that Gollum bloke, expose the killer using brilliant deductive logic based on a few strands of stray fabric in someone’s cloak.

“Then they save Ophelia and take over Denmark before finishing on an absurd cliffhanger.

“Still it’ll be better than the David Tennant Hamlet where it turned out he was his own father’s ghost all along because of ‘time travel’.” 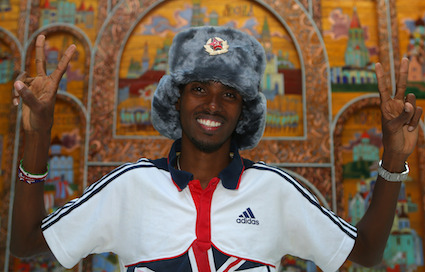 INTEREST in sport has plummeted to the point that most people believe Mo Farah is a central character in a TV show that includes dragons.

Sport England has now slashed funding to a number of key sports because no-one cares about any of it and the Olympics were a waste of time.

Wayne Hayes, from Peterborough, said: “Were the Olympics supposed to make me ‘sporty’? If they had bothered to ask me I could have told them that was a colossal error of judgement.

“I vaguely remember wearing a hat, drinking a lot of cava and taking off my underpants in other people’s gardens.”

According to Sport England, Britain’s Olympic heroes have simply been absorbed into the nation’s ‘cultural stew’ with many believing that Sir Chris Hoy was the Evil Chairman of the Royal Bank of Scotland and that Jessica Ennis was ‘yet another Eurovision embarrassment’.

Martin Bishop, from Stevenage, added: “Mofarah is the Lord of Gargaflaq. In season two he devours the heart of Brondle, the Orange Lady of the North.”