Dad disappointed he never got to be a heroin addict

THE release of T2 Trainspotting has left a middle-aged man feeling depressed that it is probably too late to become an Edinburgh heroin addict.

After being deeply impressed by the original film 20 years ago, Tom Logan now feels the chance to lead a life of drug addiction and petty crime has passed him by.

Office manager Logan said: “The lifestyle in Trainspotting looked brilliant with all the partying and crazy adventures, but I never got my act together and became addicted to heroin.

“Now I’ve got three kids and a mortgage so it’s not really practical to spend all day shoplifting and shooting up in a squalid flat. This is what happens when you don’t follow your dreams.

“I wouldn’t have a clue where to find exciting junkie friends like Renton and Sick Boy, and Kelly Macdonald’s character was way out of my league in 1996 so I don’t fancy my chances now.

“I tried getting some weed off my ageing hippy friend Pete and smoking it in the shed but it’s not the same.

“The worst thing is I can’t even watch the film anymore because the whole ‘choose life’ speech is about square people like me.” 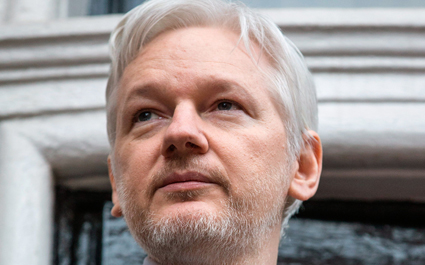 JULIAN Assange is to hand himself over to US officials after watching every film that doesn’t feature Adam Sandler.

Assange said that he will finally leave the Ecuadorian embassy due to a lack of tolerable film entertainment.

A source said: “He’s watched everything there is to watch. Russian pre-war cinema, Italian neo-realism and every Bollywood film ever made.

“Julian was facing an evening with Jack and Jill or I Now Pronounce You Chuck and Larry so he said it was time to call ‘the feds’.”

Assange later tweeted that even if the Americans give him 20 years in prison it would be a small price to pay to avoid Grown Ups 2.

The source said: “Obviously he runs the risk of getting sent to a prison where they have a weekly film night that’s just Adam Sandler films, because the warden is a sadist.”