FATHERS have warned family members not to buy them any film that involves Ben Affleck.

With Fathers’ Day approaching, middle-aged men are anticipating gifts of unimaginative action films on DVD but stressed that they strongly dislike Ben Affleck.

46-year-old Wayne Hayes said: “I do not recognise Ben Affleck as a legitimate screen hero.

“He has the sort of bland good looks that Hollywood studios think appeal to both men and women, however I only want to see his perpetually-disappointed face on screen if he’s getting pushed out of a plane in the opening scene.

“I can do Eastwood, Neeson, and Damon at a push. But not The Martian because that is just a man gardening in a big tent.”

Father-of-two Roy Hobbs said: “Affleck is a knob, he thinks he’s ace but he looks like a burly supply teacher.

“And please don’t try to elevate my tastes with Interstellar because it’s like a Disney version of 2001 and now that I’m quite old it is possibly longer than the rest of my life.

“I’d quite like the that Steven Seagal film where a boat blows up. It might be called Exploding Boat.” 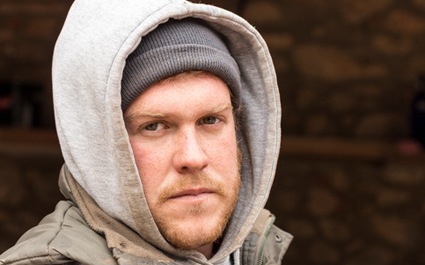 A SOLDIER sleeping rough is either deep undercover or a victim of official neglect, it has emerged.

Corporal Tom Logan, of 22 SAS Regiment, spends his days begging outside a train station, either as part of official strategy to thwart a potential terrorist attack or because untreated PTSD has seen him lose his home.

Passerby Donna Sheridan said: “He’s doing a very good impression of a homeless person, with his troubled expression and his bottle of Frosty Jack’s.

“If I were a terrorist, I’d assume this was just more evidence of the West’s impending collapse rather than part of an effective and considered defence strategy.

“The government is really taking this threat seriously, because there’s former soldiers who look like they’re homeless everywhere you look.”

A government spokesman said: “The amount of ex-servicemen sleeping rough is handy, because it means the undercover ones can easily blend in.

“Plus our operators learn many valuable skills that will help them in their post-army careers, such as improvising a comfortable bed from cardboard.”