THE closure of the UK Film Council is a largely Danny Dyer-based decision, the culture secretary confirmed last night

Jeremy Hunt said the closure will mean the loss of 75 jobs but also guarantees a 92% reduction in poisonously bad Mockney crime capers over the next three years.

The Football Factory ‘actor’ who deliberately misspells his surname, will be slowly wound down over the next 18 months and eventually shoved off the end of Clacton pier.

Mr Hunt said: “It wasn’t just Dyer, of course. Sex Lives Of The Potato Men, St Trinians, St Trinians II, that awful piece of shit about the spaceship on the way to the sun – please stop me when you’ve spotted the new Lawrence of Arabia.”

Director Roy Hobbs has been forced him to postpone his latest film, You Fackin’ Slag, a gritty, uncompromising drama about people who live in a horrible place but retain a wonderful sense of humour and rob a bank.

He added: “This is a disastrous decision that will force the British film industry into making films people actually want to see. Meanwhile I’ve got at least four Winstones sitting around doing nothing on time and a half.”

Julian Cook, editor of Cinema magazine, said: “Thanks to public subsidy Britain is making some fantastic films such as the The Football Factory, the St Trinian’s series and that wonderful film about the spaceship on the way to the sun.

“Meanwhile the best the Americans can come up with is rubbish like Sideways, Juno, Good Night and Good Luck, No Country for Old Men and The Godfather.

“Just imagine how good The Godfather could have been, if only it had been part-funded by the government.”

Ken Loach, the artistic force behind some of the most wilfully unpopular British films of the last 40 years, insisted he would bring some of his trademark realism to his next project, a chalk and cheese buddy cop movie featuring a talkative pussy.

Loach said: “Admittedly Meow You’re Talkin! is a change of pace for me, but it will be infused with authenticity, if we can just get the cat to improvise.” 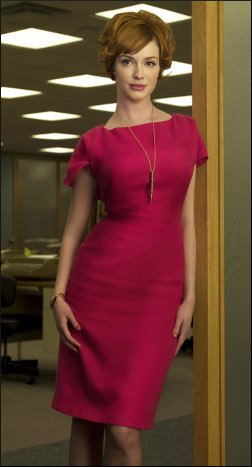 FIFTIES-STYLE sexpots with dirty laughs and enormous bangers are ideal role models for young women, according to the government’s equalities minister.

She said: “Women are under increasing pressure to be thin, flat-chested shrews, who don’t sit on the corners of desks in very short skirts, nibbling the ends of pencils in a deliberately coquettish manner that leaves a smudge of ruby-red lipstick on the tip.

“It also saddens me that many girls of this generation are afraid to laugh exaggeratedly at the poor quality jokes of their older, married male superiors, possibly throwing back their heads as they do so to draw attention to their vast, heaving, milky-white decolletage.

The minister’s comments have drawn a mixed response from normal people whose jobs involve doing something other than saying the first thing that pops into your head.

Man, Tom Logan, said: “I have absolutely no problem with very, very, very, hot buxom women. They really are excellent.

“I’m just not sure I need a taxpayer-funded third party to relay this information back to me.”

Teacher, Helen Archer, said: “Like most women, I’d look pretty much the same as Christina Hendricks if I just let myself go a bit. It’s really liberating to have such an attainable goal, especially as, being a girl, I think about this sort of shit pretty much all the time.

“Thanks Lynne Featherstone, you fucking halfwit.”