THE lack of absurd DJ names has been linked to a decline in the quality of dance music.

It even says ‘Grooverider’ on his debit card

A recent chart of the worlds highest-earning DJs revealed that they either perform under their real names or dull pseudonyms like Axwell that sound like car parts companies.

Professor Henry Brubaker of the Institute for Studies said: When rave culture was at its creative peak DJs had daft names like Grooverider, Pilgrim, or Digs and Woosh.

Even Sasha is a pretty stupid name for a bloke when you think about it.

Everyone around them was too nutted to advise them against such folly. Also this was before disc jockeys were placid corporate whores obsessed with their ‘brand’.

Now that its all been ruined and big DJs entertain massive sports arenas full of chronically steroidal young capitalists, they sound like a bunch of chartered accountants.

Professor Brubaker added that if Calvin Harris had any integrity he would call himself something interesting like DJ HorseForehead, Angela Lansbury or Medieval Fanta Lizard.

Stadium DJ Stephen Malley said: I actually tried to think of a stupid DJ name but found I lacked the creative capacity to do so. The best I managed was ‘Stevie’.”

New app gets you back together with your ex 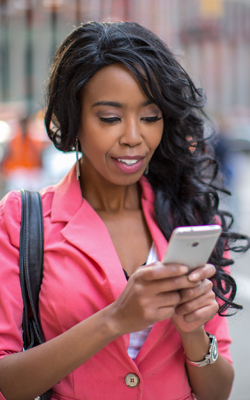 Takes the stress out of being temporarily insane

The software triggers when a user is about to send a pathetic drunken text to an ex-partner and instead sets about winning them back by more effective methods, including breaking up any new relationship they have formed.

Programmer Stephen Malley said: The Manipul-8 app launches automatically when it detects overwrought misspelled texts such as Lief not worth livig without u!!!

It sends a witty, interesting and thought-provoking replacement message that is better than anything you could have come up with, causing your ex to wonder if they were right to split up with such an outstanding person.

Clever messages are then sent at four-day intervals to prevent any stalkerish overtones.

The app then hacks your exs browser to ascertain their interests, and arranges thoughtful gifts with touching but manipulative messages such as Lets just remember all the good times we had together x.

Malley said the app detected whether an ex had a new partner, then planted seeds of doubt about the relationship by sending messages such as Is Carl really your type?

He added: If the app fails to detect a dumping, it gradually increases the level of character assassination, for example moving from a bit dull to complete tosser and eventually pervert.