PENSIONED-OFF Radio 1 drum and bass dons Fabio and Grooverider are to become resident DJs at a home for retired junglists.

The seminal breakbeat icons, real names Fabio and Grooverider, lost their weekly slot at BBC Radio 1 when the station shuffled its DJ roster to reflect the tastes of five or six years ago.

However they have since announced a residency at Milton Keynes’ new junglist retirement home, Rave Meadows.

A spokesman for the DJs said: “Rave Meadows is a specialist care home for ageing ravers who want to continue partying but in a secure environment with nurses on hand to feed them, change their toilet pads and take care of any mental health issues.

“Fabs and Groove will be on the decks from 10am-3pm every day in the recreation room – also known as ‘Arena One’ – with a one-hour break for lunch and ‘rave refreshments’.

“They will be rinsing all the classics from the golden years of pirate radio so expect copious rewinds.”

He added: “Residents are permitted to blow their horns and whistles, within reason. But if it starts to do our heads in they may be confiscated.”

Rave Meadows resident Tom Logan said: “I’ve been raving for 20 years and I’m 84 now, or a least that’s how old I look.

“So this is the perfect arrangement for me – hot drinks and sponge baths on tap, regular drugs and a constant onslaught of heavy duty drum and bass.”

Nurse Emma Bradford said: “Sometimes the residents can be challenging as they are mostly quite doddery and insane.

“But it’s so rewarding when the DJ drops a big tune like the VIP dubplate mix of Champion Sound and they all hold their lighters in the air.” 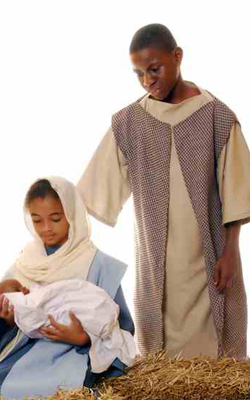 STEPHEN Malley’s portrayal of the innkeeper in his school’s Nativity play will smash existing preconceptions of the role, according to him and his mum.

Six-year-old St Mary’s C of E Primary School pupil Malley, whose previous roles include a toadstool in Alice in Wonderland, has immersed himself in his portrayal of the unhelpful hostelry owner.

He said: “Prepare to have everything you thought you knew about the innkeeper turned on its head.

“Despite only having two lines, his emotional engine is incredibly complex. Ostensibly he doesn’t want to let Mary and Joseph in, but inside he’s torn.

“I think Mary reminds him of his own estranged daughter, who is perhaps called Judith. He wants to connect with her, to make amends for past mistakes, but his inner demons are overpowering.

“There’s a lot of subtext at work there, and I will be bringing that sublety to the fore.”

Despite his young age, Malley has already been tipped for stardom by his mum.

Andrea Malley said: “Initially, when the Nativity play casting was announced, we were disappointed because the innkeeper is a relatively small part and he definitely could’ve played Joseph.

“And obviously the only reason Tom Logan got to be Joseph is that his mother is on the PTA.

“But they’ll see. Stephen will be to the innkeeper what Harvey Keitel was to Bad Lieutenant.”

Stephen Malley said: “There’s two shows and a matinee, so I have to be physically as well as mentally at the top of my game.”