FANS of Doctor Who have slammed rediscovered episodes of the show for being old in a new way.

Fan Julian Cook said: “I firmly remember The Web Of Fear as a terrifying piece of television that sparked a lifelong obsession with the show.

“But these episodes go in new and worrying direction to the other episodes that slot around them.

“For example they’re made Patrick Troughton’s Doctor into more of a comedy figure than he was in the preceding and following episodes.

“Why do the BBC alway have to change things? I’m going to start watching Babylon 5 instead.” 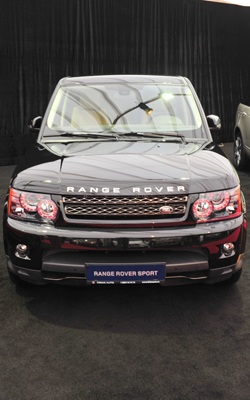 CRYPTANALYSTS at Britain’s spy HQ are devoting most of their resources to cracking personalised number plates.

Spies have said theyre too busy to supply the FBI with British citizens’ private details because they’re trying to work out why an Audi’s number plate is 34 V7GA.

Codebreaker Eleanor Shaw said: “The grouping of the letters indicates that V7GA is intended to be a word, but what word could it be except vagina?

“And why would someone want to advertise having 34 vaginas?

In other ciphers, numbers have a mathematical relationship to letters of the alphabet. But here, any number can represent any letter the driver of the car says it does, which makes codes impossible to break.”

Head of Cryptanalysis Joseph Turner said: The codes range from the simple  JLE 435, where the driver is Julie and the numbers are irrelevant  to the bafflingly complex.

How can we make sense of a registration like DJ51 8AG? Unless Simon Bagshaw from my school has become an internationally successful DJ, and according to the listening devices I placed in his home he hasnt.

They must be trying to communicate something, and it might related to terrorism. So weve arranged for every car with a personalised number plate to be remotely detonated this Friday.”

Number plate analysis is currently occupying 75 per cent of GCHQs resources, with the remaining operatives creating Sudoku puzzles to keep the middle-classes too busy to think about revolution.