Doctor Who Fans To Leave Their Houses

DOCTOR Who fans across Britain are facing the prospect of leaving their homes and talking to other people.

As plans were announced for a stage version of the cult TV show, experts called for a series of ‘half-way houses’ to be set up so that vulnerable fans could be eased gently into the community.

Professor Henry Brubaker, of the Institute for Studies, said: “I think they would need at least a week of gradual acclimatisation, perhaps involving brief chats with friendly postmen or taxi drivers.”

But terrifyingly excited Whovianist Wayne Hayes insisted he could probably leave his house right now, adding: “This is going to be just like the time the Doctor faced the Xkrfgans in series nine, only with a lot more embarrassed mumbling and visible erections.”

Although the shows will sell out within hours of going on sale, it is likely many fans may still not attend and will instead wait until the performance is due to start and then climb into the attic and rock back and forth while staring at their ticket with a torch.

Producer Steven Moffat said: “It will be a great day out for thousands of men in their mid-thirties, especially if they can get their mums to pick them up afterwards.

“As well as the big scary bits they’ve come to expect from the show, there’s going to be the added terror of coming face to face with people who don’t work in Forbidden Planet. To be honest, I’m just amazed they have jobs and money.”

Moffat also confirmed that new assistant Amy Pond, played by Karen Gillan, will not appear in the show because the budget would not cover the the construction of a 200ft wide, perspex anti-ejaculation screen.

He added: “We spoke to Karen about this and she pointed out that while her life plan included playing Doctor Who’s assistant and having a successful career as a respected actress, it did not include being gawped at by misfits for two hours and ending up with a face like a plasterer’s radio.”

Miliband Pissed The Bed When He Was 15, Says Other Miliband 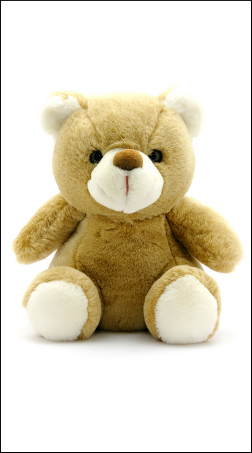 At the official launch of his leadership campaign Mr Miliband said his parents had to throw out his younger brother’s mattress because it was so completely saturated with urine.

He told supporters in his South Shields constituency: “While we felt really sorry for him, we simply could not believe the sheer quantity he had produced.

“He must have been pissing non-stop for about an hour. His teddy bear was absolutely soaked.

“My parents were a bit annoyed because that mattress was only a couple of years old. They’d had to buy a new one after the ‘3am diarrhea incident’. Sorry, did I not mention that?”

Calling for the party to move on from the New Labour era, Mr Miliband added: “And of course to save us from having to buy yet another mattress, he had to sleep on top of a rubber sheet. In fact I’m pretty sure he still does.

“But despite his horrible, horrible problem, I’m sure Ed would be a brilliant Labour leader – and ultimately prime minister of this country – as long as he doesn’t have to make any decisions, because that does tend to be what triggers it off.

“And, at the end of the day, he’s my brother, I love him dearly and I’d hate to see him standing outside Number 10, clutching his teddy bear with piss gushing out the bottom of his trousers.”

Last night a source close to Ed Miliband insisted his brother would also make a brilliant Labour leader as long as everyone was okay with the fact that he spent most of 1983 in the downstairs toilet with a tube sock and a picture of David Hasselhoff.