AS gripping as I found the election campaign, I am awfully relieved it’s all over and I can get back to my life. It must be simply wonderful to be a new MP turning up at the Houses of Parliament, much like Melanie Griffith at the end of the 80s tour de force, Working Girl. I must admit I turned down the BBCâ€™s Laura Kuennsberg and blasted a few rounds of Carly Simon’s The New Jerusalem over their coverage just so I could really feel like I was there.

Normally, I wouldn’t dream of telling anyone how I voted, but… it was Lib Dem! (Didnâ€™t everyone?) Like you, I was so impressed at Nick’s charming performances on the TV, plus, he’s married to a Spaniard and has three Spanish kids (I actually cried at the bit where she got stranded in Spain because of the ash). Nick, like some kind of handsome matador, is getting out there, grabbing the bull by its sweaty, continental horns and really getting involved with and married to ethnic minorities.  Having seen the disturbing Iberian flick, The Orphanage, I can tell you – that man is taking one for the team.

Yes, I’m thrilled with our new government and I’m glad Gordon Brown has taken his silly wig and glass eyes back to Scotland where they belong. His talk of making a deal with Scottish and Welsh nationalists was incredibly worrying for me. How alarming that so many of them voted Labour – an English institution. They really are self-haters . My boyfriend has had root canal five times and I have a beautiful singing voice so we know exactly what it’s like for them. And I think it’s fair to say I’m a self hating Scot even if I’m not Scottish.

Nevertheless, the last thing our parliament needs is more terrorists babbling nonsense at Prime Ministerâ€™s questions. Nick is better than that – he’s got a head for business and a bod for sin. You can bet he’s hard at work as we speak, using his head and bod to organise all my massive tax rebates.

I think it’s wonderful Lily Allan has decided to get married to her coffin-dodging dream guy. Some people say heâ€™s a ‘dirty old fucker’ or that she’s a ‘deranged necrophiliac’ but not me. People go all dewy eyed at Romeo and Juliet even though they were aged 12 and 13 and, while it’s not exactly the same thing, Lily’s tragedy is far more romantic and probably more suitable for inclusion on the GCSE English syllabus.

How wonderful that Ed and Dave Miliband are doing some bro on bro action in time for the Labour leadership elections. The public really got behind Jedward so Dedward will have their work cut out if they are to capture our hearts. I, for one, really hope they win. 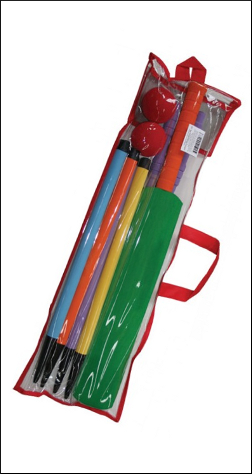 ENGLAND cricket fans were celebrating last night as the national side
won a version of the game developed especially
for children.

Paul Collingwood’s team took the Twenty20 World Championship after beating a clearly confused Australian squad by seven wickets, 18 balls, half a litre of Diet Coke and a bag of Jenga blocks.

Australian captain Michael Clarke said: “We were knocking it over the boundary as usual, when Collingwood shouted ‘donkey hats are wild!’ and then rubbed some mango syrup into his legs.

“I asked the umpire what was going on and after consulting the rule book, which had obviously just been written in biro on the back of a till receipt, it appeared we had committed a ‘Triple Lohan’ and forfeited the match.”

The shortened version of the game was invented in 2003 to convince the under 12s that cricket was not just for elderly homosexuals and dysfunctional Yorkshiremen.

But ECB officials soon realised the new format could deliver first class international victories as each game would be finished long before the traditional English test collapse.

Over the years the hip and exciting rules have been adapted to include new features such as the Wheel Of Runs, The Hawaiian Stump’n’Slide and Pick-a-Card-Any-Card umpiring.