THE Dursley family despised Harry Potter because he was a snotty brat who reckoned he was God’s gift to magic, it has emerged.

Vernon Dursley revealed that the family, who raised Potter from being a baby at great personal risk to themselves, disliked his habit of proclaiming how much better he was than them at every opportunity.

He said: “If there was one thing that caused the rift between us and Harry, it was him constantly crowing about how he was the best wizard in the world and we were a bunch of stupid, useless Muggles.

“Also his boasting about being the best Quidditch player ever, and having millions in gold at Gringotts Wizarding Bank, and riding around on his broomstick shouting ‘I’m Harry Potter and I’m the saviour of the world!’

“And there was the time he almost got our Dudley killed by a snake, or when his mate the giant used magic to give him a pig’s tail, which had to be removed at great expense.

“So quite a lot of things, really.”

Dursley added that everyone at Hogwarts hated Harry because he broke every rule in the school but always won the House Cup anyway, because he was the headmaster’s little suck-up pet. 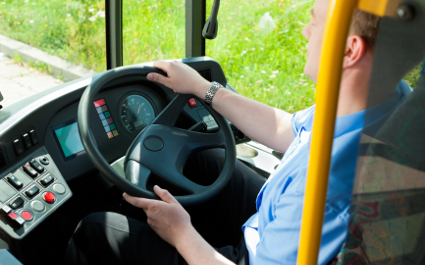 BUS drivers have admitted that, despite their happy-go-lucky demeanour, they do not actually enjoy their work.

The drivers, renowned for the sunshine they bring into their passengers’ lives, have confessed that their welcoming smiles mask inner gloom.

Bill McKay of Northampton said: “I drive a big shiny bus for a living, so on the face of it I should be the happiest man in the world.

“But lately it’s begun to feel like I’m just driving around the same estate day after day, following the same exact route, being called a fat bastard by schoolchildren.

“Obviously I don’t let it show, that would be unprofessional.”

Psychologist Dr Mary Fisher said: “Whether you’ve not got the exact change, don’t signal clearly enough or ding the bell when it’s already been dinged, you’ll never find a harsh word from a bus driver.

“But, hard as it is for most of us to imagine, the endless parade of rain-soaked pensioners making small talk about cat food can begin to pall.”

McKay said: “I’ve begun to fantasise about driving the bus off a cliff. Even so, I must maintain the strict code of cheerfulness that comes with the blue short-sleeved shirt.”