Eastenders viewers left heartbroken after Ian Beale does not die

EASTENDERS fans have been left in tears by traumatic scenes showing Ian Beale alive and well.

Fan Helen Archer said: “There were rumours of a big storyline where something bad happens, but I never imagined it would be as awful as Ian Beale not dying. What sort of sadists write this stuff?

“My whole family was watching and we were expecting to see him get kicked off a cliff by a donkey and then eaten alive by goats.

“Or maybe hit on the head by one of those massive blocks of frozen shit they sometimes drop out of planes.”

Furious viewer Roy Hobbs said: “Life is hard enough without having to look at Ian Beale and his weird sub-Happy Mondays centre parting.

“I’ve started an online petition to get him bummed to death by a panda.” 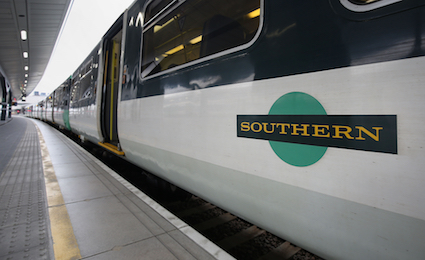 SOUTHERN Rail has greeted commuters returning from the Christmas break with a menacing cackle.

The fake train operator said: “So you’ve had a quiet time with the family, having some nice food and drink and watching a bit of telly, have you?

“Well, this morning your train’s only two carriages long and it’s going to terminate outside a field. Ha!

“And did we mention it’s going to cost you even more this year to go slightly faster than an injured cow? Eight times the rate of inflation has a nice ring to it, don’t you think? Happy New Year.”

Commuter Nikki Hollis said: “Just after midnight on New Year’s Day a brick came through the window with the amended Croydon to Victoria timetable wrapped around it.

“When I looked outside there was someone from Southern grinning at me and giving me the finger.”