BRITAIN’S performance in tomorrow’s Eurovision Song Contest will justify a hard Brexit, it has been claimed.

Across the UK, Europhobes are anticipating a low score for Britain which proves that we should cut all ties with the continent and station gunboats in the Med.

Norman Steele, from Colchester, said: “Look at them, all awarding each other full marks like an incestuous family. I mean they haven’t yet, but they will. Makes you sick either way.

“Musical giants we are, home of the Beatles, but does that win us a vote from the former Yugoslav Republic of Macedonia? Bastards.

“It’s not like we’ve disrespected the competition. I mean that girl came eighth in the X-Factor in 2009, which puts her head-and-shoulders above the best singer in Switzerland.

“How these Remainers think their position is intellectually defensible when these European arseholes will break that poor girl’s heart tomorrow night, I just don’t know.”

Rooney to stay at Old trafford as statue outside club shop 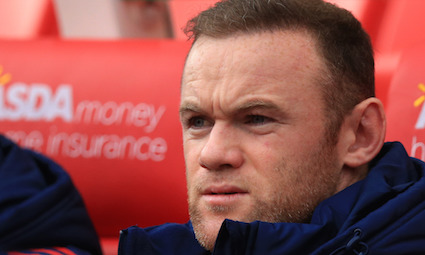 WAYNE Rooney has pledged to remain at Old Trafford next season, completely immobile and immortalised in brass.

The England striker has moved to quash speculation that he may find a new club this summer, instead insisting that he will stay with Manchester United, albeit in a strictly ornamental sense.

Jose Mourinho said: “Over the years, we’ve seen Rooney’s role evolve from a goal-getting striker to a deep-lying forward to a bench warmer, so it makes sense that his next move is to become an inanimate cast outside the club shop.

“People could hang their umbrellas on his arm.

“Of course there will be some nostalgia as Wayne is slowly entombed in his mould and coated in 200-degree celsius molten brass, but despite his screams of agony we all know it’s a great opportunity for him.”

Rooney said: “It’s a real sign of faith in my ability to maintain one position for an indefinite period of time.”