Every song in Top 40 about arses

THE UK chart is entirely composed of tracks about buttocks, it has emerged.

Meghan Trainor’s All About That Bass heads a chart flooded with bum-focused singles, including Jennifer Lopez’s Booty, Nicki Minaj’s Anaconda, and a further 17 songs with guest verses by Nicki Minaj.

Music blogger Joseph Turner said: “If you haven’t got a big arse of your own to sing about, then obsess over someone else’s.

“Kim Kardashian’s going to be on the Kanye West single, Coldplay are doing a concept album about Jennifer Lawrence’s back end, and Pippa Middleton is reportedly in the studio with Labrinth.”

Bookies have lowered the odds of this year’s Christmas single being about arses to 4:3.

I swim drunk all the time, says Phelps 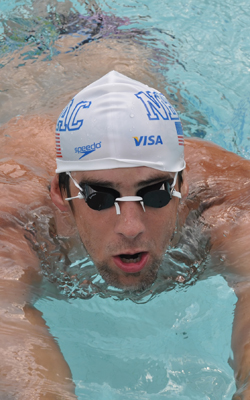 Really wants a kebab after this

Following his arrest for drink-driving, the 18-time Olympic champion revealed that alcohol made him a more relaxed, more confident swimmer.

Phelps said: Im actually scared of water so I would always have a few jars of something before jumping in. The courage and determination it gives you is remarkable.

Usually a couple of pints of cider, topped off with a shot of rum, or whisky if it’s cold outside.

“When I’m competing, I add a few glasses of oak-aged brandy to get me in the mood, plus a little something I make at home from potatoes and treacle, which really puts hairs on my chest. Which I then have to wax off, obviously.

“I mistakenly thought drinking before driving a car was even safer, because you cant drown.

A spokesman for the International Swimming Federation said: Mr Phelps has to understand that sinking a two-litre bottle of schnapps might be acceptable behaviour in the pool, but the rules are different in the outside world.

However if everyone kept referring to me with the adjective winningest, Id probably hit the sauce.