RAVERS at Fabric nightclub are to go mental within strict local authority guidelines.

The iconic London nightclub is to re-open under new council guidelines, allowing ravers to have a fucking mad one while staying within rigidly enforced legal boundaries.

Clubber Tom Booker said: “Raving is my life, but I also love rules especially Section 14, Subsection 4.5b of the 1992 Nightclubs and Venues Act. There’s some great shit in there about properly organised CCTV surveillance.

“Apparently Ricardo Villalobos is going to be playing a 14-hour set in the main room when Fabric re-opens. It’s going to be insane, but hopefully not too loud otherwise I might sustain long-term hearing damage.

“I don’t want the lights to hurt my eyes either so it’d be best if they have some rules for that too.”

Fabric’s re-opening is also being hailed as a victory by people who take raving far too seriously and wank on about ‘electronic music culture’.

Blogger Wayne Hayes said: “Fabric is a seminal venue in the evolution of house music from mid-80s Chicago warehouse parties to a more mainstream acceptance of the DJ as a fully-evolved artist.”

He added: “Christ I need a woman in my life so badly.”

Man thinks ‘special snowflake’ means anyone he disagrees with 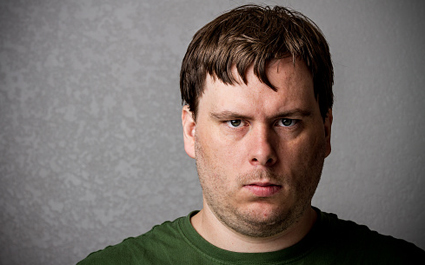 A MAN is wrongly using the term ‘special snowflake’ to refer to anyone who does not share his mean-spirited opinions, it has emerged.

Engineer Martin Bishop believes the expression – meaning people who feel entitled to special treatment – is a valid description of anyone who is not a miserable bastard like him.

Bishop said: “Last night there was a woman on the news discussing child poverty. What makes her such a special snowflake that she can drone on about depressing things?

“Or look at all these people moaning about not being able to buy a house. I can’t afford a Ferrari, which is a fair comparison, so they just need to shut up.

“Today at work Iain was all excited because his wife’s pregnant, but why should anyone else care? Total special snowflake.

“Later a customer phoned me by mistake and asked to be transferred to sales. I’m not here to pander to their sense of entitlement so I told her to fuck off and put the phone down.

“We’ve become a nation of special snowflakes. Thank God there are still people like me who just get on with things without whining.”