Fan with £11,000 worth of Force Awakens merchandise excited to see if he likes it

A STAR Wars obsessive cannot wait to find out if his hundreds of The Force Awakens toys are from a film he actually enjoys.

Nathan Muir, who owns Lego models of Poe Dameron’s X-Wing and Kylo Ren’s Command Shuttle among a host of other pre-emptive merchandise, will find out at lunchtime whether they appear in a thrilling movie or just another mediocre sequel.

He said: “Based on the quality of the cereal alone it’s got to be fantastic.

“But then I remember tucking into a KFC Phantom Bucket under the shadow of a life-size cutout of Darth Maul thinking that nothing could possibly go wrong.

“Will this remote control BB-9’s antics no longer delight me after today’s lunchtime screening?

“When I dress up in an authentic Rey outfit for New Year, wearing the limited edition Covergirl Dark Side mascara, will I seem pathetic rather than, as now, womanly and magnificent?

“I might hold off until it comes out on DVD. After all the film’s not really important at this stage.” 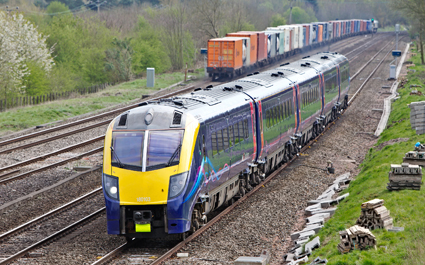 BRITAIN’S rail companies have declared all out war on anyone travelling at Christmas.

The train operators have lost patience with the public’s stubborn refusal to stay at home and now intend to defeat them with wave after wave of cancellations, detours and gratuitous price hikes.

Train company director Martin Bishop said: “If a train even arrives it will be so packed that many will give up rather than stand for five hours while your fellow scum keep bumping into you with stupidly large suitcases.

“Once in transit we’ll make you swear never to travel by train again with engineering works that take you from London to Bournemouth via Llandudno.

“And if you somehow make it home, we will get you on the way back.”

Passenger Donna Sheridan said: “I’ll get to York even if I have to change four times and pay a penalty fare they made up specially for Christmas.

“However, we seem to be moving at one mile per hour and the train now terminates in Colchester. I think I’ll just go home and spend Christmas with some vodka and my cat.”