Fans of The Newsroom shocked by Jeff Daniels' Emmy

FANS of Aaron Sorkin’s The Newsroom are surprised and angry after star Jeff Daniels won the Emmy for best actor.

The devoted viewers said Daniels’ honour could make other people think the show had some cultural merit and that fans are watching because they like it rather than to see how much worse it can possibly get.

Newsroom enthusiast Helen Archer added: “We call ourselves ‘roomies’ and our motto is ‘most pathetic TV show ever’.

“True fans of the show like to spend long hours discussing how the producers can sleep at night and why Aaron Sorkin isn’t living in a skip.” 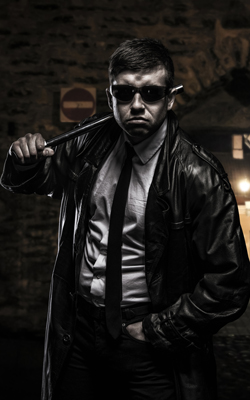 POLICE have warned the public to stay indoors until the post-Grand Theft Auto V murder spree has subsided.

More than 85,000 shootings, fatal beatings and vehicular homicides have been committed by previously law-abiding citizens unable to distinguish between real life and a lurid fictionalised version of Los Angeles.

A police spokesman said: “Stay in your homes. Everything is on fire.

“If you have been playing Grand Theft Auto V, you may have lost the ability to distinguish between good and evil.

“As a precautionary measure we recommend you acquire a copy of Aesop’s Fables. The stories are about foxes and ducks, and carry clear moral messages to remind you that actions have consequences.”

Retired headmistress Margaret Gerving said: The problem is that they’ve introduced an element of torture to the game.

Why couldnt they stick to the contract killing, gang warfare and indiscriminate slaughter that made the previous games such innocent fun?

Computer game emulation caused thousands of injuries in the 80s as people leapt around mansions grasping at hard-to-reach items.

Cranial fractures from headbutting bricks shot up 400 per cent in the 90s. This was followed by the introduction of 24-hour security at graveyards to discourage tomb raiding.

However gamer Roy Hobbs said: “This is hysterical media bullshit. There’s no way computer games would ever inspire me to voluntarily go outside.”