Clowns confirm they are evil

CLOWNS have spoken out to confirm their malice and wickedness.

Amid renewed debate over whether fictional portrayals of clowns are ‘unfair’, clowns stressed that they are all pure evil.

Clown Julian Cook said: “I strongly condemn any suggestion that we have entertainment value.

“We are painted demons and we will eat your soul.”

Creepy harlequin thing Mary Fisher said: “You should fear us.”

She added: “Come here little one, I have a balloon dog for you, see how pretty it is.”

iPhone vs Jason vs Aliens announced 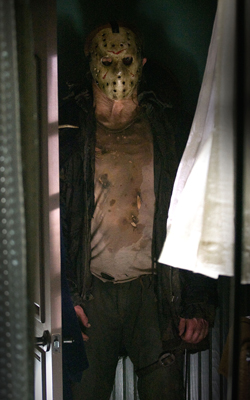 IPHONE 6 will be a feature film where the smartphone battles classic movie monsters Jason Voorhees and the aliens.

Sent into space to market itself to extraterrestrials, the iPhone soon finds itself in a three-way battle with hockey-masked Jason and the courgette-headed xenomorphs.

Stephen Malley of SFX Magazine said: This is a textbook move for bringing new life into a franchise that was once exciting, but has become a bit tired and seen-it-all-before.

“The original iPhone was great, the sequels added a lot and even the fourth instalment was a cut above most series that get to that stage, but as it goes on it gets harder for audiences to emotionally invest.

Id expect the next one to be iPhone 0, a prequel showing how the iPhone came about, and then theyll reboot the whole franchise and declare iPhones 3-5S to be no longer part of the official canon.

Other mobile manufacturers are thought to be responding with big-budget sequels of their own for spring release, including HTC Two: Pig in the City and Samsung Galaxy S5: Assignment Miami Beach.