MUSIC festivals should have more branding and marketing, according to young people.

Festival-goers under 25 told researchers that they love seeing their favourite brands in a field.

19-year-old Tom Logan said: “Sometimes I think the music gets in the way of advertising. The best thing about festivals is being able to develop my relationship with companies and lose myself in their corporate identity.

“Apparently there was a time when music wasn’t basically a giant advert. But this was way back when trains were powered by steam and seems just as weird to my sexy young mind.

“They should just have a load of banners in a field and no stages, for example you could meet your friends at Nokia and then head over to Diageo for a chill in the afternoon.”

17-year-old Nikki Hollis said: “You can’t really blame us. Pop stars used to go ‘take drugs and worship Satan’ so everyone did that, but now they’re like ‘drink fizzy pop and get a credit card’ so we’re like ‘ok’.

“At least we get to go to bed at a reasonable time.”

18-year-old Tom Logan said: “I did some acid at V Festival and had all these visuals of Richard Branson as the son of God. Turned out Virgin were the event’s official drug experience sponsors.

“It was one of those deep spiritual moments where you realise you should upgrade your broadband.”

Most hoarders just doing it to get on telly 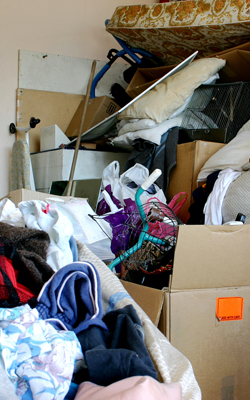 PEOPLE who pile up old shit in their homes mostly do it just for the TV exposure.

The Institute for Studies found that 87% of hoarders were filling their houses with rancid old junk because it was easier than learning to sing or writing a book.

Hoarder Nathan Muir said: I’m desperate for fame, and at any one time there are a minimum of nine hoarding-based documentary series on UK television.

“Two weeks after filling my living room with unwashed tin cans and piles of old newspapers, I’d been on nine terrestrial TV channels and had consoling hugs from a bevy of attractive female presenters.

There are lots of hoarders out there right now but I’m the only one with an electric sewing machine in the bath, that’s what sets me apart.”

He added: “I’m in talks to star in a hoarding-based romantic comedy with Jennifer Aniston called My Rubbish Valentine.”

Tom Booker the UK’s top hoarder agent: “I still haven’t got enough hoarders to satiate the massive demand from producers of low-rent documentaries.

“Anyone who wants to be on telly, just buy a load of old batteries and newspapers then call me.”