Five films ruined by finding out there's a twist

WANT to spoil any potential enjoyment of a movie before you watch it? Find out there’s a twist. Here’s five films with surprises you wouldn’t have seen coming, but now definitely will:

Just saying that this isn’t a normal alien invasion flick ruins this film. First because you know Amy Adams and Hawkeye aren’t going to tool up and kick butt, and second because you’ll be scanning every sad montage for clues instead of enjoying the freaky aliens in their Terry’s Chocolate Orange-segment spaceship.

Brooding private investigator Leonardo DiCaprio tries to find an escaped psychiatric patient, but there’s a twist. A twist you’ll spot, reject as f**king stupid because it would make the whole movie a heap of shit, and then watch slowly unfold in disbelief. Look out for it.

Oh, the hype around this M Night Shyamalan film when it first came out. Who are the hooded monsters attacking this olde worlde village and its sexy, God-fearing populace? Will there be a plausible explanation for all the strange goings-on? No. It will be bollocks and you’ll have guessed it.

There’s twists and turns all over this sprawling Christopher Nolan effort about rival Victorian magicians competing to discover who’s the biggest arsehole. And just when you think you’ve followed them all, you reach the big hulking mega-twist in the last five minutes that would require a full rewatch to work out if it’s even plausible.

A slimy man’s hot wife goes missing and – surprise surprise – all is not what it seems. You’ll be on the edge of your seat waiting for Rosamund Pike to appear so you can stop staring at Ben Affleck’s gormless hunkiness. The twist is literally the only good bit, and you knew it was coming so none of it’s any fun at all. 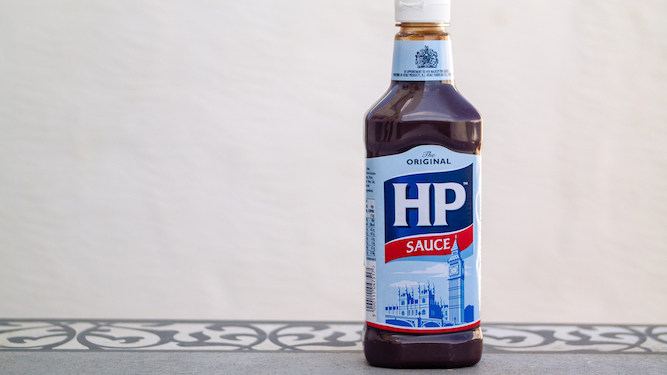 BUSINESSES including IKEA and Kopparberg have stopped advertising with GB News because they’re Swedish cowards. Which brands should leap in?

GB News and Wetherspoons go hand-in-hand like love and marriage between one man and one woman, no exceptions. In fact GB News looks like it’s filmed in a particularly gloomy Wetherspoons and employed the daytime club to operate the camera. Full-blown sponsorship must be next.

Billionaire James Dyson moved his company’s headquarters to Singapore for tax reasons, which sounds positively traitorous, but it doesn’t matter because he championed Brexit which makes him a true man of the people. An advert claiming the wokerati don’t want you to have a Dyson for every room would see sales go up sixfold.

Despite positioning themselves as ethical, independent upstarts, Brewdog have recently been accused of being sexist and revolving around a twatty cult of personality, which is completely Boris/Trump. And with Grolsch ads lost, an undrinkable piss replacement is sorely needed.

The Army is struggling with recruitment and will appeal deeply to the GB News audience of war-obsessed, red-faced old men. They’re too old to sign up, of course, but they’ll harangue their disappointingly millennial grandchildren for being too woke to go out and shoot people.

The maverick MP’s monocled silhouette will appear on all tins of this topically-applied tonic which peps up the spirit, over the motto ‘Mens sana in corpore sano’. Gammons refusing the vaccine will rub this all over their arses no trouble.

What can be more British than HP Sauce? It’s even got our mighty Houses of Parliament on the label, causing a patriotic glow in the heart of any GB News viewer. The only downside is it’s shit and made in the Netherlands.