THEY terrified you as a child, but rewatching them you’re more likely to piss yourself laughing. These chillers have failed the test of time:

The 00s popularisation of fast zombies has made this movie look ludicrous in hindsight. Being pursued by some gently shuffling reanimated corpses, who could be evaded by maybe going up some stairs, is a far less scary prospect now than it was in the 1960s. It’s almost as if these zombies didn’t want your brains.

Admittedly, some people may still find this film scary, though only if they have a phobia of very large fake sharks made of rubber. Unless you have an allergy to latex, there’s very little you have to fear from this one. It’s safe to get back in the water.

Invasion of the Body Snatchers (1978)

Aliens invade earth and start to create duplicate pod versions of people whenever they fall asleep. Unfortunately watching a character’s eyes get a bit heavy before they drift off for a nap doesn’t really carry the high intensity drama and gore expected from modern horror.

The outlandish special effects have ensured that Freddy Krueger’s debut has aged terribly. Seeing a small double bed turn into a blood geyser as it eats a high school kid is cringeingly ludicrous. The scariest thing about this film, in hindsight, is Mr Krueger’s insistence on matching a snappy fedora with a grungy striped jumper.

While the sight of a spectacularly odd-looking bald man who lives in ostentatious surroundings acting creepily toward women may have scared people in the 1920s, we have Vladimir Putin for that now. Unfortunately after watching the Saw series, watching someone potter around an old castle wearing finger extensions is a pretty underwhelming and only reminds you to call your nan.

'Small human' and other nicknames twats give their kids 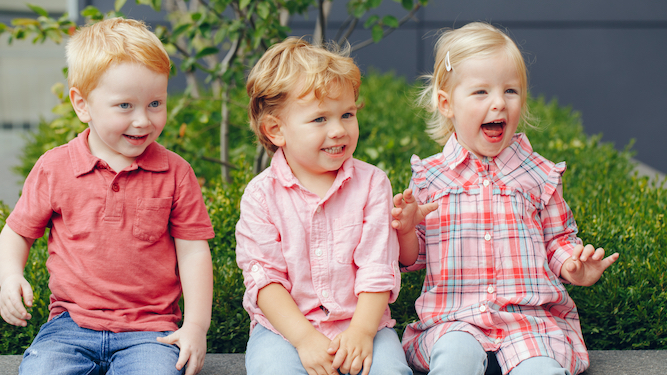 YES, they are technically humans who are small, but it’s still a bloody stupid and twee thing to call kids. Here are the most annoying nicknames for children used by parents.

Funnily enough, if you described a woman’s baby as small when it was leaving her birth canal, you’d be making a trip to the emergency room to treat the pummelling she’d give you. This irony is lost on dads, who universally agree that their human child is indeed very small and don’t get what all the pregnancy fuss was about.

Hard to tell if this is a self-aware throwback to the clean-cut families of old American sitcoms, or if the parents in question are just mindlessly taking all their behavioural cues from TV. Regardless, remember that giving your child an identical name to your own so they have to be differentiated in another way is weird.

Traditionally used by middle class parents to describe the horde of children they spawned before stopping because they felt guilty about the environmental impact. Far from being the rabble they picture them to be, these children are unnervingly smart and correct your grammar for fun. A more accurate name would be the Midwich Cuckoos.

Usually said by parents with great amusement after their child has done something endearingly mischievous like knocking their plate off the table. After years of this wanton destruction it will be changed to the entirely more fitting upgrade ‘little shits’, which will be snarled with nihilistic despair.

The heir and the spare

Pity the kids who hear these. The eldest will feel immense pressure to live up to expectations, while the youngest will have a void where their youthful zest for life should be. Each will go off the rails in unique but spectacular ways when they grow up, which will lead to their parents creating new and equally devastating pet names, like ‘f**king nightmare’.