Five songs better for celebrating the UK than 'One Britain, One Nation'

CHILDREN across the UK are being encouraged to celebrate One Britain One Nation day by singing a creepy patriotic dirge. What would be a more appropriate choice?

‘The people getting angry’, ‘All the clubs have been closed down’, ‘No job to be found’. Whether it’s the result of Covid, Brexit or both, the lyrics of this hit from 1981 are highly applicable to our current situation.

Everything is Awesome, The Lego Movie

Just like the One Nation, One Britain song, this track is chock full of vacuous crap about how brilliant it is to mindlessly believe everything is wonderful. The big difference though is that the Lego song is actually catchy and also has a large dollop of sarcasm baked in.

Now that we’re out of the EU, we should reclaim our Eurovision songs, the best of which is this mighty anthem from 1997. Also, Gina G is Australian, which might firm up the trade deal Boris Johnson has been so obsessed with.

Stuck in the Middle With You,  Stealers Wheel

The lyrics ‘Trying to make some sense of it all, but I see it makes no sense at all’ and ‘Clowns to the left of me, jokers to the right’ are the perfect way to introduce small children to our current political shit show. It’s also got a tune, which is good in a song.

Given that a miserable, hyper-patriotic turd of a song celebrating the wonder of Britain already exists, why not use it instead? Stuff like ‘How shall we extol thee, who are born of thee’ is incredibly pompous, but still better than ‘Strong Britain, great nation’ repeated four times.

'A bit hungover are we?' and other things not to ask your girlfriend 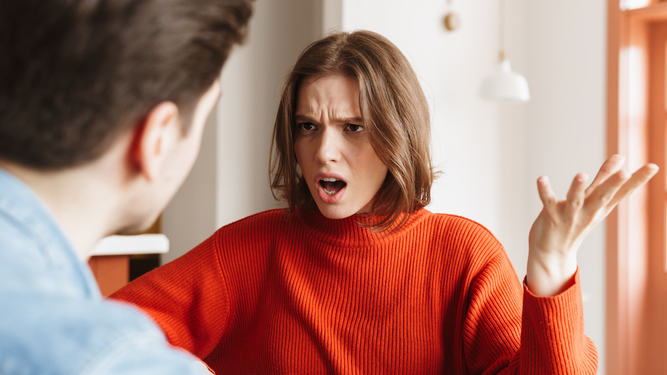 ARE you unsure how to keep on the right side of your girlfriend? Here is a guide to the questions you should avoid if you ever want to see her again.

This is really not the thing to say if she’s irritable after a long day at work. As well as being brilliantly patronising it implies she’s a feeble, sickly wet blanket who’s a drag to go out with. Which you soon won’t be doing.

‘Why don’t you invite your fit friend?’

Even in jest this suggests you are being mentally unfaithful and will incite jealously. Best to avoid the topic of her friends’ attractiveness entirely, and even say they’re boring or annoying to prove how much you don’t fancy them.

‘Headache? Could it be something to do with all that prosecco last night?’

Although this may be true, it’s a bad idea to have a good old chuckle at someone’s hangover when they’re in a sensitive state. A shrewd boyfriend will pretend that perhaps she’s ill and say ‘There are a lot of things going round’, therefore her peaky state is nothing to do with the eight glasses of wine last night.

‘Did you know you look just like your mother?’

Perhaps you have just met or seen a picture of her mother for the first time? If so, this comment is one to steer clear of. Even worse is suggesting she sounds like her mother, which is basically saying she’s old and is always nagging you.

‘Don’t you think the #MeToo movement was a bit over the top?’

Just don’t. You will dig a hole you will never escape from.