Five terrible films you inexplicably loved as a child

WHY not rewatch a film you once loved that is now painfully, obviously shit? These classics will have you cringing with nostalgia:

Not the remake but the original candy-coated Saw in which the moral failings of children lead to their justified torture and mutilation. Ugly, always heading off into pointless narrative detours between murders, and why did it have a Pink Floyd tunnel bit? Was Wonka tripping?

As an innocent child David Bowie’s bulging tights meant nothing to you, so you loved this baby-stealing fantasy. Now the puppets are painful, the songs grate and Bowie is forever kind of tainted by this and his other poor 80s acting decisions. But remember, pre-Peppa Pig, this was all kids had.

A bleak nightmare vision somehow made in 1941, when hard-drinking animators with post-traumatic stress weren’t even back from the war. Even as a kid, it could be hard to root for a silent mutant elephant who wants fame handed to him on a plate. And the boozing sequence? Again, why was psychedelia served to the under-fives?

What was wrong with you as a child that you repeatedly watched a film about a family adopting a mouse? And asked no questions? And identified with the mouse in his little red car? At least suspending your disbelief to this level as a child makes it easier to enjoy Fast & Furious films today.

As a child you have no concept of excessive levels of product placement or films stealing their entire plot from another, better movie. This story of a child befriending an alien even uglier than E.T is forgivable when you’re nine and the original’s not on the video rack at the corner shop. Not so much when your prefrontal cortex has developed. 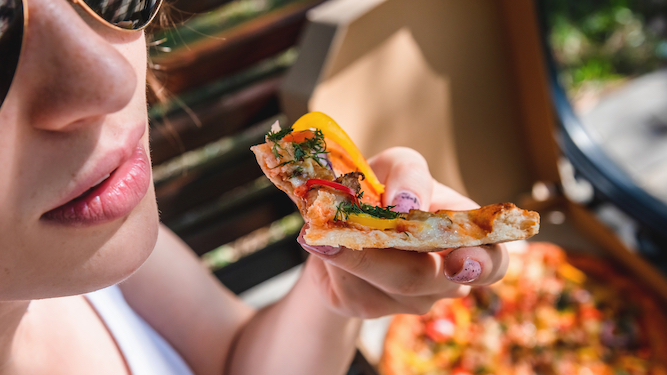 THICK CRUST, cheese-slathered, grease-soaked pizza is just better, the nation of Italy has been advised by the rest of the world.

Italians claiming the only real pizza is thin, Neapolitan and made with locally-sourced mozzarella have been told nobody gives a f**k about their long-held traditions and just wants something to soak up the beer.

Pizza chef Alessandro Napoletano said: “Americans, Brits, Swedes or Koreans taste my genuine thin-crust margarita, made as my great-grandmother did, and to a man prefer a Domino’s Mighty Meaty.

“I cannot apparently match pizza with garlicy cheese oozing from the crust, pizza served ‘as it should be’ in a cardboard box, pizza that is even better cold and hungover.”

Tom Logan of Leeds said: “Italians need to get with the programme. If I can’t feel my arteries clogging after the second slice, it’s not worth the £19.99 I drunkenly paid for it.

“What would Italy know about pizza? It’s like Indians telling us about chicken tikka masala or the Turks weighing in on our post-pub kebabs.

“We’ve improved pizza to the point it’s ours now. F**k off out of it.”