Forsyth petitioned the cable news giant with an eight hour showreel that came with a box of Cadbury’s Heroes and a covering letter detailing all the ways in which he was more of an all-round entertainer than Morgan.

Larry King Live producer Robyn Davies said: “Bruce wrote a very powerful letter reminding us that Piers can’t sing, can’t dance and just has one of those faces that you could spend all day hitting with a brick.”

Forsyth has been trying to crack America for 63 years and had believed his chance had gone when each of the major networks passed on his live, celebrity version of Play Your Cards Right.

Davies added: “The showreel demonstrated that Bruce had no journalistic skills, his jokes stink like a follow-through in an old folks’ home and he’s a massive ham. And he’s also much cheaper than Piers Morgan.

“Piers was upset at first, but then reminded me that he has lots of powerful friends and that nothing could stop him now.”

Forsyth said: “I hope he will enjoy my impersonation of Sammy Davies Jnr.” 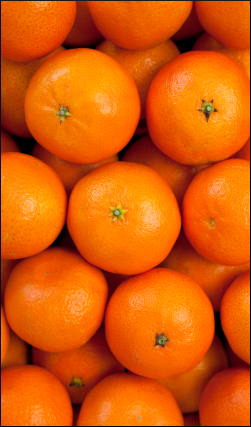 THE broadcaster of The Only Way Is Essex is to apologise to the county’s residents using pictures of things they recognise.

The hit series has been accused of depicting Essex people as slack-jawed, fame-obsessed, Satsuma-skinned halfwits who put fairy lights on their genitals.

But local club promoter, DJ and fomer professional footballer, Roy Hobbs, said: “It’s bang out of order. We ain’t just into going to clubs with rubbish Z-list celebs like Beppe from Eastenders.

“We’re also into going to club VIP rooms with quality people like Dean Gaffney from Eastenders. I was in the members-only disabled toilet with him at Cafe du Vadge in Chelmsford last weekend.”

He added: “We aren’t thick and we don’t deserve to be stereocast, stereophoned or starrytyped.”

A spokesman for ITV2 admitted some members of the Essex community have taken exception to what they consider to be an unfair representation of their breeding ground.

“We will preface the next episode with a short apology, though we have had to adapt it so that it doesn’t contain actual words.

“We’ll probably just go with a picture of a sad face. And then some boobs. They seem to be fond of boobs.”

Hobbs added: “And I almost went to the same party as Dane Bowers once. He’s a DJ and he put his foot up Jordan’s fanny.”