RICKY Gervais has finally surpassed The Office with his latest justification for making fun of people with learning difficulties.

More than decade after his sitcom magnum opus the writer and comedian has reached new heights with his claim that he can create a character who appears to any reasonable person to have learning difficulties but does not because Gervais says so.

His new justification has received universal acclaim, with many describing his mangled, self-serving logic as ‘Brentian’.

Critic Julian Cook said: “Extras, Life is Short and ‘the films’ all had their moments but we are finally seeing him rediscover his sense of the absurd.

”Gervais has proved his detractors wrong. He is still the Master of Cringe.”

Gervais self-justification fan Nathan Muir said: “I think it’s a shame that his genius for pathetically transparent excuses has been overshadowed by sitcoms.

“I do love the latest way in which he is trying to have his cake and eat it but it’s still not as good as his rationale for why his use of the word ‘mong’ wasn’t offensive.

”Too few artists these days are willing to stand up and say ‘because it just isn’t’.”

Britain urged to get beaten-up under the stars 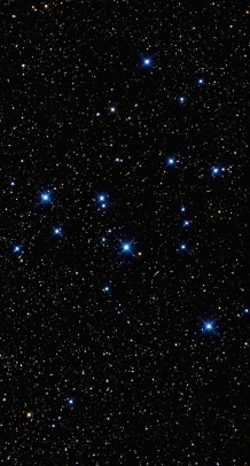 BRITAIN should embrace the wonder of being assaulted by starlight, experts have claimed.

Astronomers claim streetlights are preventing the country from enjoying the majesty of the cosmos while some tattooed drunken lunatic rains down blow after blow.

Dr Nathan Muir, from Roehampton University, said: “The recent alignment of Venus and Jupiter has reignited interest in astronomy and made people realise that the only thing stopping them from becoming amateur star-gazers is their fear of that malevolent figure lurking in the dark.

“Yes, there probably is a horribly violent bastard waiting just around the corner but the chances are he will probably stop punching you for a few moments while you both contemplate the celestial poetry of Ursa Major.”

He added: “If we turned off the lights we could enjoy such wonderful evenings together under the stars, as long as we wear ear plugs to block out the terrified screams and the constant sirens.

“We should now scrap the national streetlight budget and use the money to pay for accident and emergency treatment, victim support and telescopes.”

Helen Archer, from Stevenage, said: “An incident-free walk home under a pale orange sky or the shimmering of Orion’s Belt and the hot breath of a maniac?