SWISS artist H.R. Giger, who died this week, created the only alien in cinema history that is not a bit shit.

“E.T. looks like a sunbed-addicted nan, the things in Close Encounters were just big fetuses and although Star Wars had some cool aliens in the cantina scene that’s counterbalanced by the ewoks, the shittest of all shit aliens.

“None of them compares to an eyeless armoured demon with acid blood and a hydraulic fanged-penis mouth. That is just so admirably fucked up.”

Cricketers still pretending it cannot be played in the rain 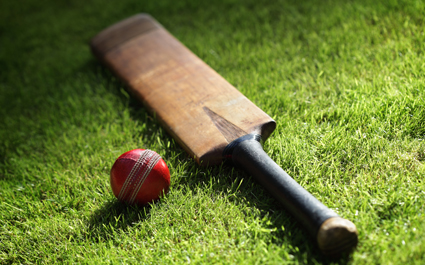 PROFESSIONAL cricketers are avoiding the sport by claiming that it can’t be played in rain.

An anonymous cricketer said: “All the stories of bats disintegrating, balls bouncing out of control and our white trousers turning see-through so you can see the outlines of our penises are fabricated.

“Now all we have to do is look worriedly at the sky, shake our heads a few times and, bingo, day off.

“No one wants to play cricket if they can help it, it is terribly boring.”

The LV County Championship has been marred by cancellations this season with games being called off because of light rain, recent rain or the instinctive feeling that it might rain at some point in the relatively near future.