THE music industry is booming, not that you’d know. Here are the monumentally famous artists passing you by:

The mega stars of K-Pop whose last album sold five million copies alone, despite the fact you’ve never heard of them and you just had to Google ‘what is K-Pop’. It might be worth checking them out to stay up to date culturally, although if tweenage girls find out they will consider you creepy and report your social media.

Olivia Rodrigo is best known for the songs Drivers Licence, Brutal and Upside Down Tennis. Well, not that last one. But you didn’t know because you have no clue who she is. She’s described as a voice of Generation Z, which is the perfect excuse to ignore her and keep listening to the Now 42 CD in your car, which has the Vengaboys on.

Considering the last gig you went to was an Oasis tribute act band at the Bricklayers Arms, it’s unsurprising you haven’t heard of America’s premier gay rap icon. How about his hit Old Town Road featuring Billy Ray Cyrus? No? Christ, even your nan does the boot-scootin’ boogie to this banger at her line dancing club. Get with the times mate.

An American singer songwriter whose songs were streamed over six billion times last year. But not in your house. You only listen to Absolute Radio 80s while knocking around the kitchen in your pants. Meanwhile Halsey’s being laden with award after award. It’s hard to tell who’s making the better life choices.

A Texan rapper who collaborated on one of the most famous songs and videos of the decade. If you don’t know which song we mean then for God’s sake don’t play it while your kids are around. Not because the title is so rude they had to abbreviate it, but because they would die of shame as you asked about ‘twerking’.

He might look like a hungover truck driver, but Luke Combs is actually the current poster boy for popular country music. He’s the latest in a line of denim-clad, stadium-stuffing musicians who all weirdly seem to have two first names. Heard of Luke Bryan, Kenny Chesney or Toby Keith? No. Thank f**k.

Father prints out and posts meme 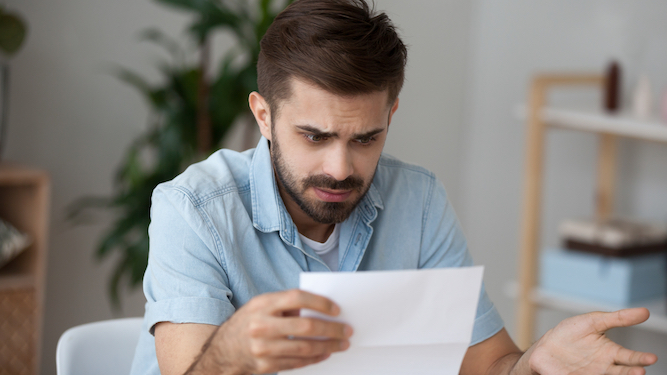 A FATHER has printed out a meme and distributed it by post because he thinks that is how they work.

Having discovered what he calls a ‘me-me’ on his desktop computer, 56-year-old Roy Hobbs printed off the amusing image and sent it to his son via Royal Mail 2nd Class.

Son James, aged 26, said: “Imagine my confusion when I received an envelope containing an picture of a blond woman shouting and pointing at a smug white cat, with a caption about Keir Stamer and Jeremy Corbyn. I thought I’d accidentally signed up to the UKIP mailing list.

“It was only when I turned it over and saw ‘Roy’ scrawled on the back that I realised it was from dad. He’s always been behind the times, as this meme from 2019 shows, but this is old-fashioned even by his standards.

“I thought we’d turned a corner when I told him he didn’t need to print off his emails to read them, but clearly I should have specified that meant images too. God help me if he learns how to access TikTok, he’ll be recording challenges onto VHS.”

Father Roy Hobbs added: “I’ve found some memes about Vince Cable I’m sure my son will enjoy. He should really chip in for my dial-up though.”