SPIDERS come in varying degrees of terrifying. Here they are ranked from worst to most horrific:

This borderline category includes small ones found on webs in out-of-the-way places and the spindly-legged type you find in the downstairs loo. Not particularly big or threatening but they still have eight limbs and scuttle across the ceiling just waiting to fall onto your face, so you’d prefer it if they didn’t exist.

Irritating but not scary

Think of the crazed, lurching daddy long-legs which apparently isn’t even a spider at all. Except of course it is because bloody look at it. And who cares what obscure sub-species it belongs to when it haphazardly flies towards your face? Clobber it with your shoe before it kills you.

Stripy garden spiders that calmly spin massive webs from the front door to the car every morning are the rulers of this tier. They’re obviously planning to trap you in their sticky threads as you pop to the shops for some bread, then to eat you alive as a late night snack. Their only error is one of scale.

Picture the scene. That mummy spider in the corner has spawned hundreds of baby spiders who are currently gathered around her in a little fluffy cloud. Soon they’ll mature, disperse, and cover every inch of your house like in Arachnaphobia. Burn your home down now to avoid living in a disappointing 90s American horror/comedy with a strong John Goodman cameo.

This includes anything sturdy. If it looks like it played rugby at school, it needs to f**k off. Shame it’s physically stronger than you though and refuses to be cowed as you pathetically try to shoo it away with a rolled-up newspaper.

Run out of the house screaming

These big buggers are a double threat. Not only are they so huge you can’t trap them under a pint glass, they’ve also mastered the element of surprise. You’ll be innocently watching The Repair Shop, then before you know it they’ll be stomping across the living room carpet causing you to flee in terror. Go back to your parents’ and put the house on the market.

Southerner returns from North with wild stories of it being 'alright' 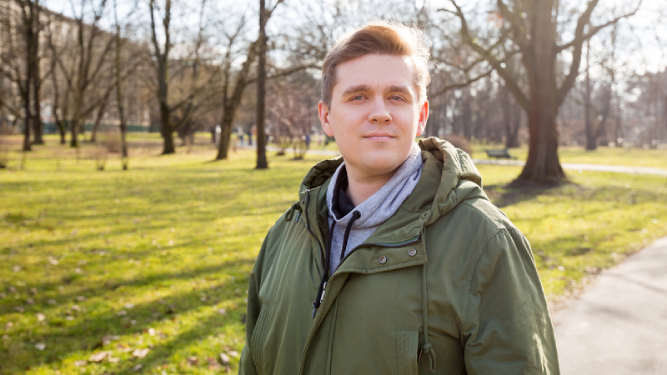 A SURREY man has returned from a trip to Manchester with outlandish stories of it being ‘alright actually’ and ‘quite like London’.

Joseph Turner visited the city for business and has southern friends and colleagues goggle-eyed at his stories of functioning roads, tall buildings and branches of Starbucks almost like the ones at home.

Wife Maria said: “Apparently the natives are largely clothed, young women excepted. They even have teeth and you can’t tell they’re Northern until they speak in their strange, drawling tongue.

“At lunch he not only managed to get a cappuccino, he also somehow sourced pepper pork in a ciabatta wrap. The sourdough sandwiches I’d packed him went untouched.

“It sounds absurd but he promised me they have bars as well as pubs, cocktails not just bitter, and nobody punched him the face even once. They even have flats that cost a million pounds, just like our more advanced southern civilisation.”

Turner added: “It was amazing, almost like a little London suburb up there in the rain-swept wastes hundreds of miles away.

“I got one of the indigenous women pregnant but it doesn’t matter, I’ll never see her again. Perhaps she’ll name the baby after me.”