Which YouTube videos are raising your children for you?

TOO tired or lazy to be a parent? These are the mindless YouTube videos raising your kids for you:

Some sad bastard with too much time on their hands has edited clips of Rapunzel so she looks like a heavily made-up and pierced goth in ripped jeans. This has no cultural or educational worth, yet small children make up the bulk of its 20 million views. The creator is set for life thanks to the ad revenue.

Yes, watching someone decorate a rainbow-layer unicorn cake with generous dollops of fondant icing and gold-sprayed marshmallows is soothing, but it only reminds the kids how badly it went when you tried to make a Betty Crocker mix with a tub of pre-made icing. It might have shut them up but they’ll never respect you in the kitchen.

Youngsters filming themselves taking products out of boxes symbolise everything wrong with modern society, and it shuts your own kids up for hours. As your kids click on another video where a Funko Pop figure is removed from handfuls of non-recyclable plastic, you’ll wonder whether Western civilisation was a mistake. Yes, and your half-arsed parenting is a big part of that.

Your children will watch in fascination as a do-gooder struggles to rescue a puppy from a fast-flowing river or a helpless kitten trapped in a storm drain. Based on your brief glimpses, you’ll be asking basic questions like ‘how did they know to start recording’ and ‘why doesn’t the person filming f**king help?’

In theory, a good thing. However your kids will discuss what they’ve learnt about the Solar System or the Tudors with a vlogger’s annoying cadence, giving away that you’ve sat them in front of YouTube for hours on end. Their habit of occasionally segueing into a Nord VPN sponsorship spiel is a dead giveaway too.

What your girlfriend thinks about when you talk about sport 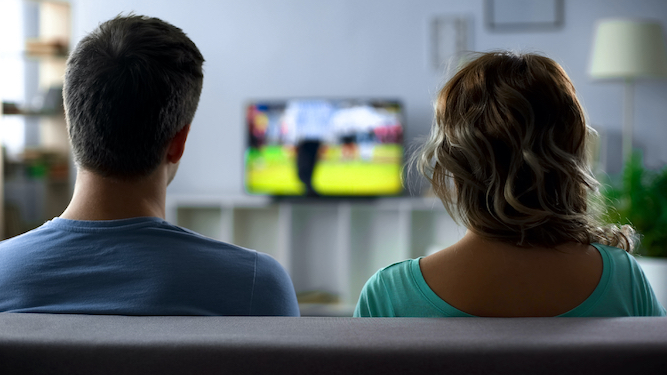 DOES your girlfriend seem enthralled by your tale of a nil-nil draw? That’s because her mind is preoccupied with these things instead:

How wrong you’re getting the details

From who nearly scored to the amount their transfer cost, you’re getting every detail of the match you’re droning on about wrong. Your girlfriend doesn’t even keep up to date with sport, but she can’t help absorb the information via cultural osmosis. What’s your excuse for being so stupid, she’ll wonder while bunching her fists.

How well she’d do on dating apps

You two got together before dating apps took off, so your girlfriend has always been curious as to how well she’d do on Bumble or Tinder. You’re so engrossed in some story about a buyout that she could download them in front of you, set up a profile and start getting matches, and you wouldn’t even notice. Good for her.

How right her mum was about you

Your girlfriend initially brushed off her mum’s poor opinion of you, but as you waffle on about some tedious local fixture she’s beginning to side with her. You are indeed a man child who’s coasting through life with no prospects on the horizon. Who’s the bigger idiot though, you, or her for putting up with you for so long? It’s you.

Whether you’re going to wish her happy birthday

As your dreary monologue enters its 22nd minute, your girlfriend will begin to lose hope that you’re going to segue into wishing her a happy birthday and whip out that necklace she’s been dropping hints about. Surprise parties always have a boring build up as a red herring though, so she’ll keep the faith until midnight just in case.

When she realises you’re going off on one about sport, your girlfriend’s brain gets flooded with an endorphin that clears her head of thoughts. She knows she doesn’t need to listen and isn’t expected to reply, so biology treats her to a little mental vacation. It’s the same thing that happens to you when she explains how to wash up properly for the hundredth time.