AN upcoming Harry Potter film will avoid the subject of Dumbledore’s sexuality but will feature an extremely gay owl, the director has confirmed.

The second movie in the Fantastic Beasts series has been criticised by fans for leaving out the young wizard’s romance with Gellert Grindelwald, but director David Yates has promised the owl will more than make up for it.

He added: “The owl wasn’t even gay in the script, but when this particular bird auditioned we rewrote half the film to accommodate him.

“He’s magnificent, and gay in a very authentically 1930s way; louche in the right company but always aware that he cannot be open about his real self for fear that a disapproving seagull might caw in the ear of the authorities.

“There isn’t a scene where it actually gets physical – it’s a film aimed at younger audiences, and the bird has a no-nudity clause – but trust me, you’ll be in no doubt whatsoever. You couldn’t be.”

The news follows Lucasfilm’s announcement that a major character in Star Wars: The Last Jedi was openly bisexual, while declining to say which one for the sake of their privacy. 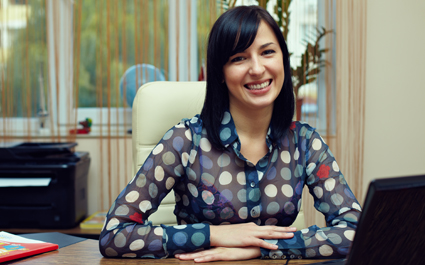 A WOMAN who has never met her ex’s new partner has managed to accumulate an entire file of detailed information on her.

Emma Bradford has told all of her friends that she ‘couldn’t care less if Tom has shacked up with whatsherface’, despite knowing that ‘whatsherface’ is named Anna Lucia Melanie Smith is 28 years old, three months and two days and lives at 32b Southall Avenue, Manchester.

She said: “I’ve moved on. It’s his business if he wants to date some tall, leggy brunette with a 2:1 in Law from the University of Leeds.

“If anything, I feel sorry for him. She has asthma, so good luck to him dragging her on all those long, boring nature walks he loves so much.

“Also, she’s only pretty in about 72 of her Instagram pictures. The other 43 are iffy at best. There’s one where one eye definitely looks smaller than the other.

“And who’s that guy she’s hugging? Sure, she says it’s her brother, but we all know she’s a skilled liar – when she was seven she pretended to have a pet dragon called Smokey for three whole weeks.”

Bradford was last seen outside of the couple’s home, where she had come to ‘wish them well’ and have a quick look through the bins.