HARRY Potter author JK Rowling has revealed that the last sentence of the final volume in the seven book series will be "and then I woke up and it had all been a dream". Writing on her website JK Rowling said she thought the final line was a really neat and clever way to finish the lengthy series, which "had got a bit far fetched, and much too wizardy".

She said: "It ties up all the loose ends in one go while also revealing the utter futility of Harry Potter’s existence. I really think it’s quite deep."

The ending to Harry Potter and the Deathly Hallows will show Harry to be a perfectly normal teenage boy, studying at the City Academy in Gateshead, who just dreamt he was a wizard after falling asleep during a double Creationism lesson last thing on a muggy Wednesday afternoon, Rowling said.

"I considered lots of last sentences but in the end it came down to the dream one or 'they all lived happily ever after' which ran it a very close second," she added.

The Lord of the Rings by JRR Tolkein "He drew up a deep breath. 'Well I’m back', he said."
JK says: "What a totally shit way to end a really long work of fantasy fiction. Dull, dull , dull. This guy should have read one of mine before he fired up his word processor."

Ulysses by James Joyce "and first I put my arms around him yes and drew him down to me so he could feel my breasts all perfume yes and his heart was going like mad and yes I said yes I will Yes."
JK says: "Is this guy on drugs? The punctuation is rubbish. Why couldn't he just pay some Indians to stick a few commas in?"

The Outsider by Albert Camus "For everything to be consummated, for me to feel less alone, I had only to wish that there be a large crowd of spectators the day of my execution and that they greet me with cries of hate."
JK says: "That's just plain nasty, and far too French." 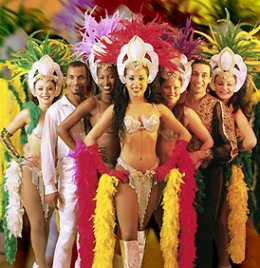 Brazil could make us feel younger