Hillary Clinton’s new book titled ‘How I F**ked Up’ 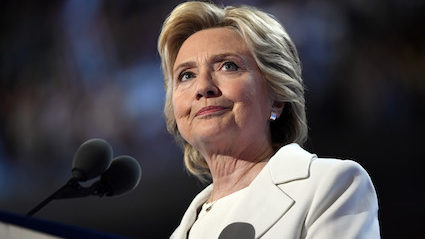 HILLARY Clinton has written a new memoir explaining how she managed to deliver the world’s greatest superpower into the hands of a drooling orangutan.

How I Fucked Up puts into words how an experienced career politician somehow bungled a presidential race so badly that it may end democracy in the United States forever.

Clinton said: “Here it is, the warts-and-all chronicle of how, armed only with a massive sense of entitlement and no policies whatsoever, I managed to lose the contest literally nobody thought I could.

“I take you through my experience of repeating easy soundbites and taking part in vapid viral challenges while throwing away an election and knocking women’s rights back at least a generation.

“It’s a fascinating read. You’ll find it hard to believe a supposedly intelligent person could be so amazingly stupid.” 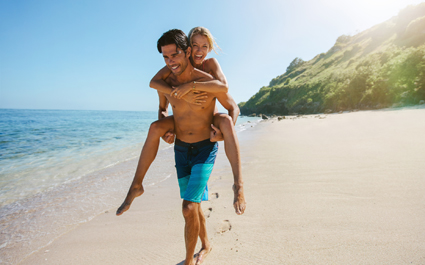 PEOPLE lucky enough not to have children are now taking their significantly cheaper and quieter holidays, they have confirmed.

Across Britain, adults who have an easy life anyway are leaving their desks empty to spend two weeks in a seven-star villa in the Greek islands for less than child owners paid for a week in Cornwall.

Marketing manager Julian Cook, who claims the issue of children ‘never came up’ in his marriage, said: “August is so hot in Europe, but in September the sea’s still nice and warm but the weather’s that lovely bit cooler.

“The beaches are practically deserted, there’s no whining kids in Manchester City away shirts clogging your view of the Venetian harbour, and you’re escaping the dreadful wet autumn in Britain.

“We’d go away then even if they weren’t practically giving flights and car hire away, which they are. It’s all so cheap and brilliant.”

He said: “I bet looking after kids all the time is fun too though.”