Hollywood must allow theft of piece of shit films

FILMS without merit can now be downloaded without fear of prosecution, it has been confirmed.

In a landmark legal decision, UK judge Deny Finch-Hatton ruled that films like She’s Not That Into You, Big Momma’s: Like Father Like Son and the recent semi-attempt at The A Team should be free on the basis that they already have no value.

He said: “The unpaid-for viewing of, let’s say, The Bounty Hunter, is at worst a ‘self-punishing crime’. That’s two hours of your life you could’ve spent lancing an infected abscess on a cow’s back while being repeatedly stung in the eye by a massive hornet.

“We can pursue the punishment of these individuals through the courts or we can say ‘it’s a romantic comedy with Brendan Fraser and a talking weasel, and if you want to proceed with watching it on those terms then really it’s your call’.”

He added: “This certainly also applies to anything with Kevin James in it. He’s the one who might be an overweight Vince Vaughn and whose name you didn’t actually know before reading this, but he’s in that new piece of shit about sassy animals in a zoo.”

A police source said: “It appears he just wanted to create an illusion of demand for the film, if only among law enforcers, in a perverse attempt to make himself feel necessary.

“We couldn’t arrest him. We just hung our heads and backed out of the door.” 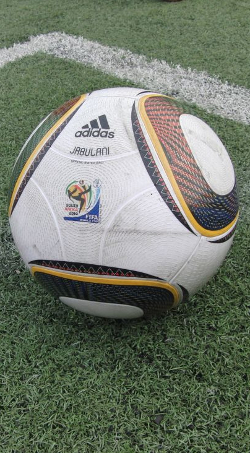 A DEVASTATED Manchester United squad have begun a round the clock vigil at bedside of team mate, Javier Hernandez after a football hit his little face.

The players looked on in horror as the ball collided with the Mexican striker at the team’s US training ground. He was airlifted to hospital and examined by ball collision specialists who last night described his condition as ‘very hurty’.

A United spokesman said: “The ball bounced off his head at a very dangerous angle, leaving him frightened and confused.

“He has thrown a heavy bedpan at Michael Carrick and keeps referring to Alex Ferguson as ‘Uncle Jane’.

“We don’t want to crowd him so we’re using a ‘one in one out’ visiting system similar to the one we used in 2006 when Alan Smith lost his leg against Liverpool.”

Consultant, Dr Stephen Malley, said: “He was hit by a Jabulani football, like the ones from last year’s World Cup. For most it would be a bit like walking through a bunch of balloons, but for Hernandez it’s as if he’s been hit in the face with a medicine ball fired out of a cannon. I think all of us would be seeing two Raphael Da Silvas after that.”

A full investigation as to how a football was able to come into proximity with a footballer’s face is already underway.

The United spokesman added: “We’ve also asked people not to bring grapes. To Javier they are like marbles on a stalk.

“And we don’t want him smashing all of his lovely teeth, the poor little soldier.”