How I Met Your Mother probably ended as it must have begun, with sodomy and Nazis

Martin Bishop, from Peterborough, said: “I never actually watched it so, like everyone else, I assumed its otherwise inexplicable longevity must have been based on sex and Nazis – the two key components of successful television programmes.

“I would be very surprised if How I Met Your Mother had just been year after year of manipulative, sentimental rom-com. Why would anyone keep watching that?

“So no, it was clearly a Nazi fuck-fest and should be remembered as such. Well done to all involved.”

Osborne to get everyone a fancy job 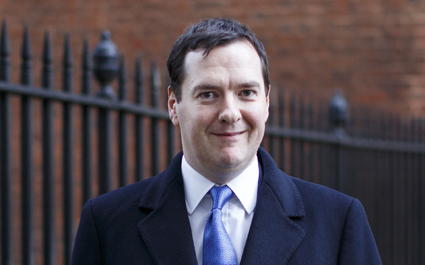 GEORGE Osborne is to use his school and family connections to get everyone into easy, well-paid work.

The chancellor promised to achieve full and cushy employment by calling in personal favours from business leaders with whom he once shared a public school dormitory.

Osborne said: Last night on the news I saw a steelworker from Newcastle who hadnt worked since 1996. I put in a call to a journalist friend of mine and now hes weddings editor at Tatler.

If I open up my contacts book, before long all Britains jobseekers will be gainfully employed as Conservative Party researchers, Spectator columnists and PRs for upmarket fashion websites.”

Former bricklayer Roy Hobbs said: I was watching TV when Michael Gove rang and asked if Id like to be a special advisor at the Department for Education.

However the chancellor’s plan met a setback when his father refused to employ anyone at his luxury wallpaper factory, on the grounds that they might ‘be as fucking useless as George’.