Vegetables are good for you, say experts

FOOD scientists have turned nutrition on its head by claiming that eating vegetables may be a good idea.

For years it has been accepted that even tiny amounts of vegetables – which includes carrots, lettuce and celery – were incredibly dangerous.

But now experts claim that eating your greens may have a scientific basis and is not a sick, twisted lie thought up by people who despise children.

Professor Henry Brubaker, from the Institute for Studies, said: “This changes everything. We no longer have to view cabbages as dirty health bombs. We can now eat them in relative safety and with the assumption that they may contain some nutrients.

“Hopefully this will now remove the stigma from vegetables. You can order a side salad or some steamed broccoli without feeling like a sex offender.”

Professor Brubaker called for extra funding to determine whether there are upper and lower limits to the number of number of vegetables you can eat safely per day.

He added: “For instance, If you have four vegetables, will you die?

“Meanwhile, we need to find out whether it’s safe to mix different ‘root’ vegetables. And who knows, it may even be possible to make them into some kind of soup.” 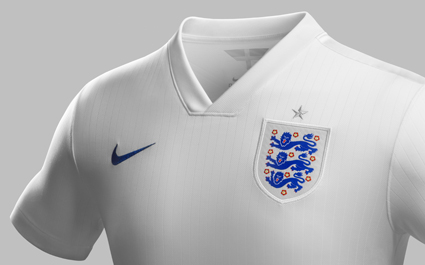 THE England football team’s new kit is expensive because it is made from a cutting-edge material called PissTake.

A Nike spokesman said: “Our patented PissTake fibres, designed in a space station, draw waste materials out of your skin, hence the name.

“It’s a very special textile with coolants, breathants and also some ventilants. Wearing it, you’ll be the most ventilated you’ve ever been.

“You need expensive shorts too, they’re impregnated with a super-light gonad-protecting alloy which we’ve named Gul-A-Ball.”

13-year-old Stephen Malley said: “I really want this kit. But I’ve worked out I’ll be 43 by the time I’ve saved up enough pocket money, and I might have gone off football by then.”