The Dutch squad, which includes three octogenarians, a chimp from Amsterdam zoo and a photograph of Ruud Gullit, took almost eighteen overs to beat England in the Twenty20 tournament.

Drinnen said: I screamed at the guys for taking so long to run out Tim Bresnan, who’d wandered off to see if he’d left his keys in his hotel safe.

You can’t complain about the ICC allowing countries like Tuvalu, Andorra and England in to make up the numbers if it takes more than half an hour to beat them.

England won the toss at their ninth attempt at throwing a coin and elected to field as they were tired from a day’s sightseeing.

England captain Stuart Broad praised his side’s battling performance and assured fans that the day when an English batsman scores fifty in a match will happen in his lifetime.

Following the defeat, the ECB have suggested that an Ashes series set in Amsterdam might be a lot more fun than going all the way to Australia.

Supporter Wayne Hayes said: If we’re going to get battered by the opposition I’d rather it was a coach ride away and I could watch it while smoking a bifter the size of a Pringles tube.

Heroes of 'young adult' novels more special than everyone else 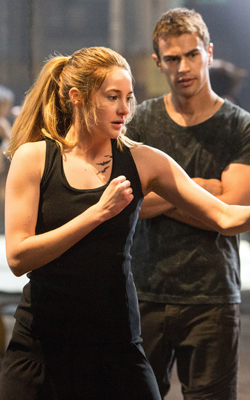 THE heroes of teenage fiction are all far superior to the dull contemporaries who pick on them, it has been confirmed.

Researchers found ‘young adult’ novels invariably focus on a teenage boy or girl who is different and isolated from their peers but soon proves theyre actually way better and that shows them.

Teenager Eleanor Shaw said: I really identified with the Divergent novels, in which a girl discovers that not fitting in with the other kids is actually her superpower so everyone should shut up and listen to her.

I’m not popular with my peers either, for the same basic reason – that I am amazing and they are not.

“Probably I am from space or the future, or am a ghost.”

Literature professor Emma Bradford said: “It’s easy to see why teenagers love books where the hero breaks all the adults rules and brings their stupid world crashing to the ground.

But remember, Harry Potter was the special saviour of the world and he ended up as a middle manager in the Ministry of Magic with three kids.

17-year-old Nikki Hollis said: These books understand us. Its like my friend Susie, who was going out with a smackhead biker in his 40s, really identified with the Twilight novels about an abusive relationship with an addicted nocturnal older guy that turns out to be totally true love.

It was just like Bella and Edward until she got sent to prison.”