How to write a f**king terrible Christmas song

WRITE a Christmas hit and you’ll never have to work again. Just follow these tried-and-tested steps:

You must have at least one of the following cliches: sleigh bells, handbells, French horn or other brass instrument, crunching snow, choir, children’s choir, singing animals, eg. frogs. These are more important than whether the song is in any way listenable.

Bash away at a Casio keyboard until you’ve got a sing-song tune that you both hate and haunts you. If it combines the worst elements of Paul McCartney’s Wonderful Christmastime and the Nokia ringtone, you’re onto a winner.

Pick one of the following:

Love song – can be sickeningly upbeat or wistful bollocks about an ill-fated romance, eg ‘Tears on my chocolates, tears in the snow/My heart is cold this Christmas time, why did you have to go?’ Suggested title You’re My Pig in a Blanket (upbeat) or I’m Crying at the Christmas Lights Switch-On (featuring Peter Andre) (sad).

No more war song – should not offer constructive ways of resolving conflict, just vague sentimentality eg ‘No presents round the tree in the middle of this war/The little orphan girl looks so sad and says ‘What’s it all for?’ Suggested title Let’s Wish for Peace this Christmas.

Hire a studio and some jaded session musicians. Release it and make a fortune. In years to come the royalties will probably pay for a yacht, which is where you’ll become a seasonal recluse because it’s the only place to avoid hearing your own f**king song.

Man reckons if he got periods he'd never mention it 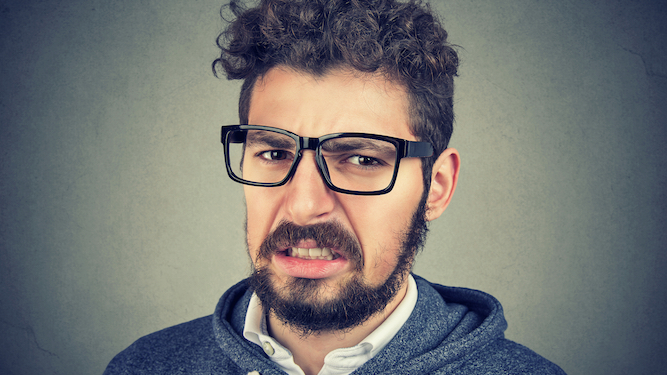 A MAN genuinely believes that if he was bleeding from his genitals once a month every month he would not talk about it.

Ryan Whittaker, who has never experienced menstruation, was prompted to make his assertion after hearing a female colleague complain about stomach cramps.

He said: “Sue at work couldn’t finish her lunch because she had ‘bad period pain’. Needless to say that put me right off my food. I could barely finish her leftover naan.

“It’s upsetting and there’s no need for it. I can confidently say that if I was going through something like that – mood swings, bloating, migraine, all the shit – you wouldn’t hear word one. It’s not exactly breaking news, is it? A bit of tummy ache?

“It wears you down, hearing women going on about a shared experience they’ve suffered since before recorded history began. Can’t they keep it to themselves and talk about something interesting like the snooker?

“I just think if I went through something like that I’d have the decency to keep quiet, you know? Not bother normal people with it. What’s wrong with suffering alone?”

He added: “And don’t even get me started on their childbirth stories. So overdramatic. Have these ladies never been hit in the crotch with a rugby ball? Now that’s worth whining about.”