BRITAIN last night demanded to know what impact the latest developments in the News Corp scandal will have on Glee.

As culture secretary Jeremy Hunt faced calls for his resignation amid allegations he gave the Murdochs vital insider information in support of their BSkyB takeover bid, viewers asked whether Glee will be moving back to Channel Four or what.

Helen Archer, from Stevenage, said: “Will I have to rejig the thingy on my whatsit? It’s all fiddly and I get confused. And if I press the ‘series link’ doo-da when it’s on Sky will I still be able to watch it when Sky goes to prison?”

But Jane Thompson, from Peterborough, added: “This is not about some silly television programme. It’s about Friday Night Lights. Will they show season two when Harriet Harman takes over Sky Atlantic?”

But as Britain fretted over the fate of US TV shows with high production values, prime minister David Cameron was last night still pretending that he will not have to resign.

“Unless of course Jeremy Hunt decided all by himself that the government should do something absolutely illegal to help Rupert Murdoch. And if that is indeed the case then feel free to choose which hat you would like me to eat.

A Downing Street spokesman said: “If we send Jeremy Hunt to prison can we talk about something else?” 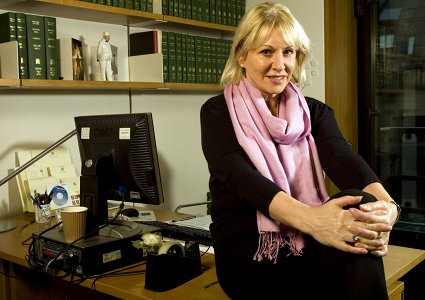 Tory fruitcake finally right about something after realising Cameron and Osborne not very good at jobs.