Radical Islamic cleric to appear in new VisitBritain advert stoning someone to death on a Cornish beach.

AA Gill still not being ignored 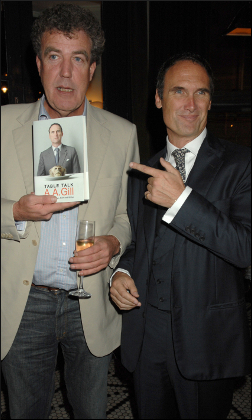 BRITAIN is still paying attention to a grown man who earns a living writing about restaurants and television.

Respected Cambridge and TV historian Mary Beard became the latest person to not just completely ignore AA Gill and go about their day.

Beard fell into the trap last weekend after actually using up to 12 minutes of the one life she has to read Gill’s opinion about her.

Beard’s response then created a chain reaction of not ignoring AA Gill as thousands of people gave his employers thousands of reasons to keep paying him.

Julian Cook, professor of debates so pathetic you want Britain to just fucking die at Roehampton University, said: “Oh Mary, what are you doing? For Christ’s sake.”

Heaving a sigh so huge it could have brought down a helicopter, he added: “Okay. Let’s go through this one more time.

“In order to keep getting paid six figures to do this he has to be what we now – without so much as a flicker of self-awareness – describe as ‘controversial’.

“And he killed a baboon.”