Hull now incredibly up itself

BEING the UK’s City of Culture has caused everyone in Hull to become a snooty intellectual, it has emerged.

Residents of the northern city have immersed themselves in highbrow literature, classical music and theatre while feeling smug and superior about it.

Teenager Wayne Hayes said: “I used to drive around playing happy hardcore in my modified Nissan Micra, but I’ve started putting on Mahler symphonies and tutting at people in tracksuits.

“Tonight I’m hanging round the park with my mates but instead of drinking cider until we puke, we’re putting on a challenging interpretation of Who’s Afraid of Virginia Woolf?”

Builder Roy Hobbs said: “I was in Wetherspoons for the poetry recital and it was so packed I missed half The Wasteland while I was ordering a bottle of Merlot. The Arts Council really should do something.

“Hopefully it’ll be quieter at the weekend when me and the lads try the Heston Blumenthal tasting menu before going on to the multiplex for the Truffaut retrospective.”

Mum-of-two Donna Sheridan said: “I can’t get the kids off their easels ever since they discovered impressionist painting, so the Playstation 4 was a total waste of money.

“I’ve made a rule that they can have two hours of discussing the plays of David Mamet every night then it’s off to bed.” 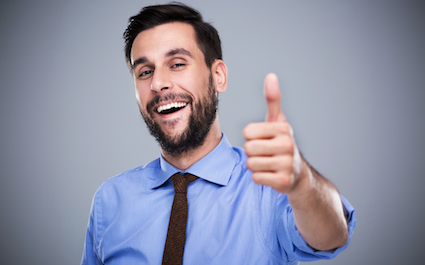 A MAN who will soon be in traction with two broken legs is really glad 2016 is behind him.

Nathan Muir, who will take his final steps for the year next Wednesday when he crosses a busy road while arguing on his mobile, spent the last days of 2016 with his fingers crossed hoping to get through unscathed.

Unaware that by October he will be homeless, he said: “2016, right? What a cursed year.”

Perhaps anticipating his slide into alcoholism as he runs out of cash, he added: “I’ve honestly never felt gladder to pop that champagne cork at midnight.

“I’m going to get into shape and nail that big promotion, then get a girlfriend who could realistically be a model.”

Muir will make a full recovery after being knocked over by a blue Renault Clio, although it will be well into 2019 before he has sex again.