Hungover man reduced to tears by Despicable Me

A MAN has blamed a hangover for making him cry at a repeat of animated comedy film Despicable Me.

Builder Roy Hobbs claims alcohol poisoning caused him to weep at the film about a cartoon supervillain befriending three orphans.

Hobbs said: “I was feeling rough after a Bank Holiday bender, so I idly flicked onto one of those daft animated films for kids while I ate a fry-up.

“Unfortunately, as the fairly predictable storyline about villain Gru growing fond of the orphans he’s kidnapped went on I suddenly realised I was weeping like a baby at this heartwarming bollocks.

“Clearly the booze had unbalanced my mental state, because there is no way a 46-year-old brickie would cry at a bunch of silly animated characters with their adorable little faces.

“I was even touched when Gru gave the minions a bedtime kiss, which was really strange because they’re basically yellow tubes with eyes.” 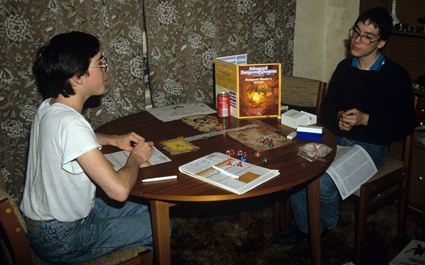 Muir said: “Anyone who likes Game of Thrones will also like watching us saying things to each other like ‘the unicorn offers to guide you through the Forest of Night for three gold pieces’ and ‘kneel before the goblin king!’.

“There’s less sex in our game though. We aren’t totally comfortable with sex.”

Tom Booker added: “We have done it though. Loads of times.”

Game of Thrones fan Wayne Hayes said: “Watching these kids enjoying their game of fantasy make-believe is surprisingly similar to the most popular television programme on the planet.

“Unfortunately though Nathan’s mum arrived to pick him up just as he was about to use a fireball spell on a griffin.”