I, Daniel Blake, and five other Brit films you wish you hadn't bothered with

HAVE you attempted to support the British film industry and regretted it? Here are some films you’re still pissed off about:

Ken Loach’s movies should have the banner ‘Making miserable films about the suffering of working-class Britain since Kes!’ Which is to say they’re all quite good but there’s a reason nobody has ever survived a Loach movie marathon. This one’s about lives crushed by the cruelty of the benefits system. Popcorn won’t help.

Ever wondered what it’s like to live in a 1970s retro-fantasy tower block where all the inhabitants unrealistically turn feral to make a point about class structures? No? The only good bit is Tom Hiddleston eating a badly barbecued dog, which we’d all like to see in real life.

A controversial choice, but Danny Boyle’s zombie movie is wildly overrated. Wanker characters get chased by zombies who can run. They escape, do illogical things, get chased again, ad infinitum. Mind-blowing if you’ve never watch films and wonder who Darth Vader is.

‘Sexy girls’ school’ is a bad idea for obvious reasons, but the desperate barrel-scraping of earlier bad British movies is worse. They’ve done Peter Rabbit, so it’s only a matter of time before it’s Noddy with Mos Def as ‘Big Ears with attitude’.

You know Sadie Frost, from celebrity? She was once an actress and starred in this tabloid bollocks about ram-raiding. Only people cursed with a photographic memory can remember the plot. Helped create an open sewer of 90s Brit crime movies including Mad Dogs and Englishmen and Rancid Aluminium. Quite a legacy.

A heartfelt work by Gary Oldman where unhappy, violent, Cockneys do vile things to themselves and others until the viewer craves an airstrike on the East End like in the good old days of the Blitz. Set a record for swearing, as will the viewer. 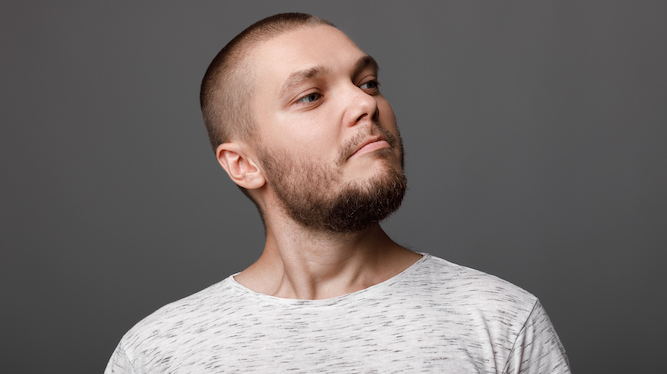 IF you’ve got a PhD, an OBE or are an MP, you can put it after your name. But what about the rest of us? Martin Bishop UA, IAR outlines a few:

All BSc means is a four-year degree in applied mathematics. The offside rule is far harder, to the point that even professional referees with a team of video assistants don’t get it. While footballing lightweights flounder, anyone with these letters can confidently step in and settle all debate on whether Sterling was denied a goalscoring opportunity.

You could have QC, for Queen’s Consul, or you could have this genuine life-changer. If you own your house outright you’re always shoehorning it into conversation, and now you can have it on a business card. If you paid it off early you can use POME.

CBWtO – Can Bring Women to Orgasm

A KCVO is a mere Knight Commander of the Royal Victorian Order. With these letters you can do something Queen Victoria thought only Albert capable of. Imagine the thrill of superiority as you type these letters after your name on a covering letter to a new employer.

It’s or its? Their or they’re? Any long-serving lollipop lady can get an OBE, but how many of them understand when and where to use an apostrophe? Greengrocers will nod in respect as you approach. Note: you might think a BA in English would bestow this power, but only if you’ve not met any English graduates.

CCP – Can Change a Plug

Not for you getting an electrician out for a two-minute job and watching him laugh all the way to his van. Anyone with CCP after their name can change a plug, replace a fuse and even fit a dimmer switch without any fuss. And they don’t even have to look at a YouTube tutorial.

Anyone who indicate at roundabouts deserves a royal honour but will have to settle for adding IAR. It’s not only a driving accolade, it demonstrates to the world that you’re kind and considerate and thinks of others. Unlike Audi and BMW drivers who’ll never get the CBWtO.