'I was down to my last £150 million': Sting's excuses for his oligarch concerts

STING has vowed not to play any more private concerts for Russian oligarchs following the invasion of Ukraine. However, some have wondered why he did them in the first place. Here he explains.

I wanted to spread my message of peace, hope and, er, walking on the moon

Listen to my lyrics closely and it’s impossible not to become a better, nobler person. I believed I should take my songs directly to the people who most needed to hear them, the evil oligarchs. Granted it’s not worked so far but my lyrics are subtle, they take a while to sink in.

Sometimes the whole thing of playing to 20,000 people in some megadome or stadium gets you down. You don’t feel that connection with real human beings. Playing unplugged in a room with just a tiny, intimate group of billionaires and their family and friends, well, it’s just more spiritual.

At least in Russia I’m not a figure of fun

Listen, what do you think it’s like to google the words ‘Sting’ and ‘wanker’ and have 5,739,212 search results come up? At least these Russian guys regard me as a blond God. Also none of them have seen the 1984 version of Dune, which is a blessed relief at the moment.

If I didn’t play these gigs, they’d go to Ed Sheeran

I mean, that’d be worse, surely? No one wants to hear Sheeran singing crap like ‘Galway Girl’ when I could share my finely-crafted lyrics like ‘He starts to shake and cough/ Just like the old man in that book by Nabakov’.

What with streaming services and all these new acts with their R&B and K-Pop, my earnings have dwindled alarmingly. I had to take these gigs. If my fortune sank to below £100 million, can you imagine the pisstaking from Bono down at the Self-Important Old Rock Twats Club? 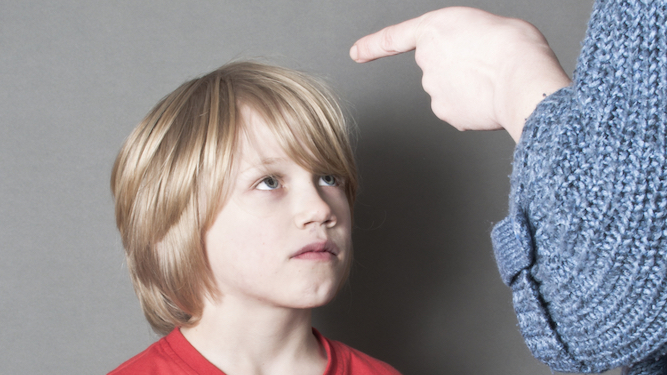 KIDS in the 70s were told in no uncertain terms they’d ‘get a clip round the lughole’ and much, much worse. Here are some threats that would freak out the sensitive children of today.

‘You need putting in a bag and giving a good shake’

A low-level threat your parents could use when guests were round, with no mention of dismemberment or murder. It was still pretty weird to suggest imprisoning your own child in a bag like some disorientating Guantanamo Bay-style torture technique, mind.

‘Go and play alleys on the railway line’

Modern railway safety awareness makes it a bit unacceptable to suggest your child plays with marbles in front of a high-speed train. See also: ‘Go and play on the motorway.’ Was your dad a psychopath aiming to kill dozens of people in a horrific pile-up? Understandably, you could never take either seriously, so it was the equivalent for today’s kids of a half-arsed temporary Netflix ban.

‘You’ll feel the back of my hand’

Short, sweet and to the point: you will soon face violence if you don’t take that bloody spacehopper outside. Of course, whacking kids is forbidden these days, unless you’re in Asda, where it seems to be f**king compulsory.

‘I’ll have your guts for garters’

The threat of being eviscerated and your parents wearing your intestines was par for the course for 70s kids. Modern youngsters would find it a bit Cannibal Holocaust. But converting your digestive system into practical yet sexually alluring undergarments probably subconsciously screwed you up anyway. May have been the inspiration behind Lady Gaga’s famous meat dress.

‘I’ll make minced meat out of you’

Your parents didn’t have the necessary appliances to convert a human into strands of meat… did they? At the time there was reliable documentary of widespread child grinding in the form of Pink Floyd’s ‘Another Brick in the Wall’ video. In today’s more civilised society the child would be turned into pressed garlic or riced potato.

‘Stop picking your nose or your brains will come out’

If you’re not meant to pick your nose, how come a nostril is the diameter of a child’s finger? A medically illiterate threat as you’d have to reach in really far past various bones and tissues. This didn’t stop your parents warning you’d gradually lobotomise yourself with a pile of brains in front of you. Later in life blindness would be the supposed outcome of excessive activity of another kind.

No one knew what this meant, so the horror content would vary from child to child depending on their imagination. Could have been a hard smack, could have been sawing you in half. To a modern child it could mean ‘When you’re older, I’ll spifflicate your deposit on a house to good causes’. Chilling.