'I was rinsing Breaking Bad last night, why do you ask?' says Queen

HER Majesty the Queen spent yesterday evening binge watching the final season of Breaking Bad because there was nothing else on, the Palace has confirmed.

With the place to herself and the TV schedules barren but for The Matrix Reloaded on ITV4, Elizabeth II finally got around to finding out how Walter White met his messy end.

The Queen said: “I know I’m late to the party on this one, but yesterday was the first free evening I’ve had in ages so I was determined to crack on with it.

“Frankly it gets a bit implausible towards the end with the Aryan gang, but the whole final-days-of-Heisenberg vibe is pretty compelling. I blame Netflix’s autoplay feature, it made it so easy to whizz through the lot.

“I was about to switch it off when Hank found the journal, then I thought screw it, let’s open another bottle of Krug and make it an all-nighter. It’s not every day I get spoiled like this.

“I don’t know why everyone’s asking about ‘my feelings’ about last night. I’m sad about Hank, but glad Jesse got away? If there’s nothing else worth talking about it must be a slow news day.”

Browsing Amazon on her phone, the Queen added: “I’m thinking of buying a pork pie hat for my next public appearance. Do you think that would shock people?” 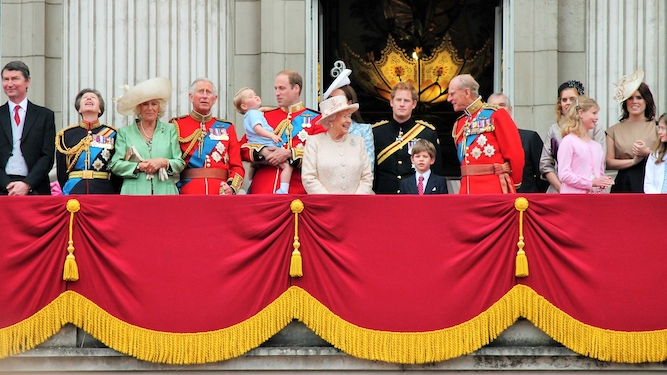 THE British monarchy is in crisis after attention was once again drawn to the absolute pointlessness of its very existence.

The Duke and Duchess of Sussex’s interview with Oprah Winfrey has once again forced Britons to look at the institution of monarchy and wonder why the f**k it is there.

Historian Denys Finch Hatton said: “Apparently this interview is the biggest crisis the monarchy’s faced for decades. I’d say it’s bugger all compared to the future king divorcing his wife and her subsequent death in the 90s, but whatever.

“And if you think that’s bad, how about in 1917 when anti-German feeling was rampant and we suddenly realised we had a load of Krauts on the throne, and they had to change their name to a castle?

“Basically the monarchy is in perpetual crisis whenever anything goes wrong because the country notices it, realises what a complete waste of money and time it is and wonders how hard it would be to get rid of.

“I expect this crisis will blow over like the others. If they know what’s f**king good for them.”