THE CHALLENGES set for celebrities in the UK-based of I’m A Celebrity will include surviving a night out in Cardiff and queuing for three hours for the tip.

TV executives are confident that contestants will find tackling typically British problems such as eating a kebab from a dodgy van by a pub just as disgusting as swallowing a kangaroo’s testicle.

Producer Lauren Hewitt said: “Spending a few nights on a Scottish moor might not seem that bad, but anyone who has ever been camping in Britain will confirm that it’s uncomfortable, frightening and depressing.

“We’re mulling over really difficult bushtucker trial options like attending an interview at the Jobcentre or forcing down a Wetherspoon’s chicken jalfrezi.

“The only issue really is that we haven’t got many creepy insects in the UK, so we might just ask them to have a pint with Nigel Farage instead.

“To be honest, as long as the celebrities look like wankers, no one’s going to give a shit where it’s filmed.”

How to justify your pissed, expensive 2am eBay purchases 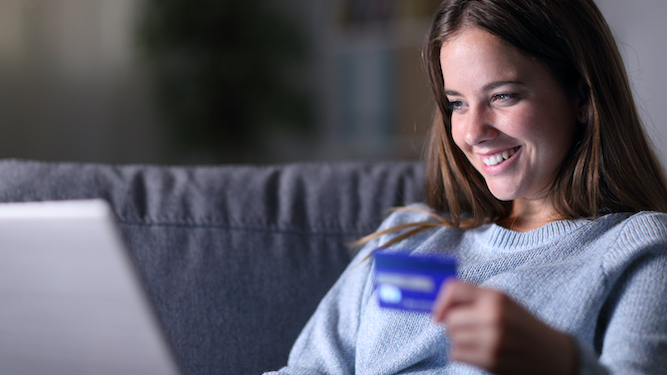 Sure, in the current economic climate that mid-90s club compilation might seem like money down the drain, but maybe it’ll help you to barter for unchlorinated chicken on the post-Brexit black market? Sounds wildly unlikely, but so did Brexit itself.

Focus on the cheap delivery

By choosing the slightly less expensive delivery option that will take four weeks to arrive you can act like you’ve saved yourself a fortune. In fact you might as well plough this hard-earned money into another inadvisable purchase. Rude not to.

Talk yourself into believing that you’re somehow keeping Britain afloat by ordering crap online. Ignore the possibility that you might just be sending money to a nutter who still lives in their mum’s basement, and that it’s online shopping that’s killing the high street in the first place.

Think of the last time you treated yourself

It’s probably ages ago, right? Definitely at least three, maybe even four hours ago. You’ve earned a treat, if only you could find your wallet amongst the piles of padded envelopes and cardboard boxes currently filling the room.

Switch on the news and remind yourself that civilisation only has about six months left at most. Those pricey back issues of 2000AD will be your last supper, so you might as well max out your credit card on stuff that you no longer want the second you’ve clicked ‘buy now’.